Did Einstein have autism? 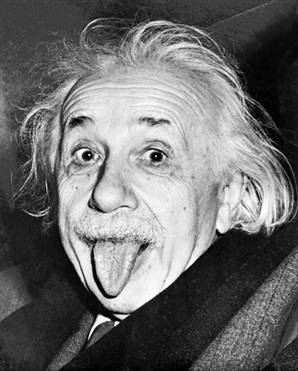 Very broadly speaking, that sounds like many scientists I’ve encountered over the years.

But a British psychiatrist is now saying that some of the best-known scientists of all time had Asperger syndrome, a high-functioning disorder on the autism spectrum, which is characterized by similar symptoms.

“I’m arguing the genes for autism/Asperger’s, and creativity are essentially the same,” Fitzgerald apparently told a conference in London.

Fitzgerald’s proof of this claim is accounts of these geniuses that describe them as loners, difficult, highly focused for decades on a single problem without paying attention to others’ views (never mind Einstein’s sense of humor, seldom seen in Asperger syndrome).

Hmmm. Maybe they were just really intelligent and fascinated with the problems they were working on ― sort of like, as I said before, most scientists.