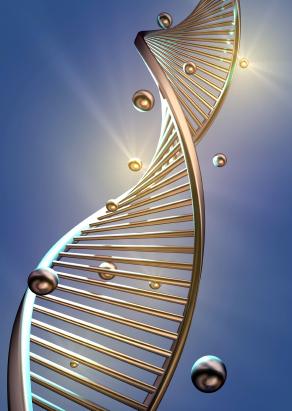 Itʼs been clear for decades that there is no one gene that causes schizophrenia. Rather than being result of any one mutation, it turns out that schizophrenia is the unfortunate outcome of many different deletions and duplications that cause the developing brain to go awry.

This is most likely whatʼs going on in autism as well. In fact, as I wrote here a few weeks ago, the same deletions have been seen in both schizophrenia and autism.

As they are in people with autism, copy number variations ― in which chunks of DNA are deleted or duplicated ― are generally more common in those with schizophrenia, according to a report published today in Science.

And variations that disrupt brain development are even more common: theyʼre seen in 15 percent of adult-onset schizophrenia and 20 percent of child- and adolescent-onset, compared with 5 percent of controls.

These variations are individually rare, and few of the mutations seen in the sample of 150 adults with schizophrenia is repeated in more than one person or family. But together, they could account for many of the cases of schizophrenia, which occurs in about one percent of the population.

Itʼs possible that different combinations of these alterations produce different diseases, such as schizophrenia or the autism spectrum disorders, explaining why many of these diseases have so many features in common.

In this study, the researchers found copy number variations in genes important for the growth, survival and death of neurons. Glutamate and neuregulin, both of which have been implicated in schizophrenia and autism, are also in the list.