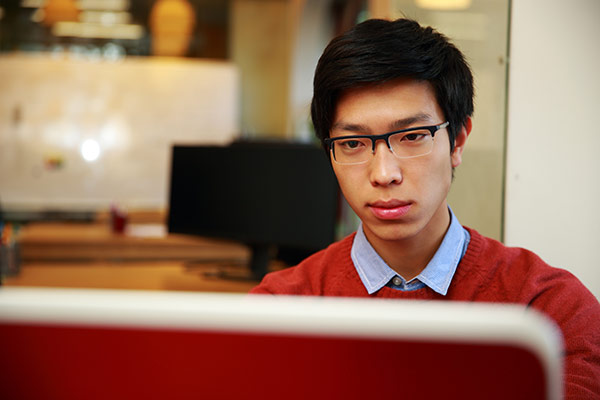 As the prevalence of autism grows, several companies are launching employment programs for people on the spectrum. Last week, Microsoft kicked off a pilot program it had announced earlier this month to recruit 10 programmers and information technologists with autism.

“People with autism bring strengths that we need at Microsoft,” Mary Ellen Smith, corporate vice president of worldwide operations, wrote in the announcement of the project. Smith, who has a 19-year-old son with autism, wrote that some people with the disorder have an “amazing ability to retain information,” whereas others have an eye for detail or excel in math or writing code.

Programs such as the one at Microsoft come at a crucial time, as some 50,000 Americans with autism transition into adulthood each year. A new report from Drexel University in Philadelphia found that only 58 percent of young adults with autism land a paying job between high school and their early 20s.

The tech giant partnered with Specialisterne, a multinational company that helps individuals with autism get and keep jobs. Software firm SAP, mortgage broker Freddie Mac and the Division of Vocational Rehabilitation for the state of Delaware have all worked with Specialisterne to establish similar programs.

“The real objective for us is to change the mindset of the employer, as opposed to changing the individual with autism,” says Mark Grein, executive director of Specialisterne’s U.S. division. “We have very talented individuals with strong traits that can bring value to the workforce and the business.” The challenge for these people is to navigate the recruitment process.

A job interview can be difficult for people with autism, who may pause awkwardly or speak in a monotone. Grein says recruiters often hesitate to put people with unusual communication styles in front of a hiring manager. Instead, they’ll select a candidate who is less qualified but an easier sell. “We want to make employers aware of the built-in biases,” he says, so they can reconsider how they make hiring decisions. Speaking in varied tones, for example, is not actually necessary for many types of jobs.

Officials at Specialisterne plan to discuss recruiting biases with Microsoft and help to assess candidates for the open positions. In one planned exercise, they will work in groups to build and program simple robots using Lego Mindstorms kits. The Lego kits tap important skills, such as project design, computer programming and teamwork. Successfully completing the robots also helps build confidence.

Research suggests that once someone with autism gets a job, he or she tends to keep it. A study published last month in Work found that 26 people with autism maintained their positions, in a variety of organizations from offices to libraries, for at least nine months. All of them reported significant improvement in their quality of life while employed. Reports like these underscore the value to people with autism — and to society as a whole — in focusing on what they can do, rather than on what they cannot.