Beyond the bench: Mastering meaningful movement with Karen Chenausky 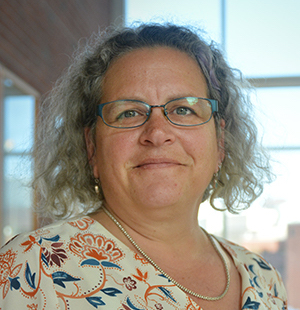 At an age when many scientists are powering through Ph.D.s and postdoctoral fellowships to the exclusion of nearly all else, Karen Chenausky was just as focused on a different kind of sprint: Gaining a spot on the U.S. national rowing team. In addition to working for a small speech-research firm and completing a combined master’s and doctoral program in speech pathology at Boston University, she was rowing — twice a day, six days a week.

“I didn’t make the national team, but all that time I spent learning — and later coaching — a very complex motor task has deeply informed my research into speech development today,” says Chenausky, assistant professor of communication sciences and disorders at the Massachusetts General Hospital Institute of Health Professions in Boston and president of the Riverside Boat Club in Cambridge, Massachusetts.

“When I see kids who have trouble with intelligibility, I feel I understand in a visceral way that sense of incoordination — knowing what I want my body to do but having it come out all messy and incoherent,” she says.

Comparing rowing with speaking led Chenausky to “think deeply about what kinds of practice regimens might work best; how to create enjoyable situations and tasks in which a skill is being practiced, not just on its own but for some larger purpose; and how to use feedback from all different senses.”

The exercise has shaped the design of a federally funded study she plans to begin recruiting for by the end of this year, looking at whether a treatment for ‘childhood apraxia of speech,’ modified for minimally verbal autistic children, benefits young people with both conditions.

Spectrum spoke to Chenausky about her life beyond the bench, and how it has helped sweep her academic work forward.

Karen Chenausky: I’m absolutely obsessed with understanding why so many children with neurodevelopmental conditions don’t learn to talk on their own and what we can do to help improve their ability to communicate. As a person who is naturally chatty, not being able to communicate verbally seems devastating to me.

Research tends to bear this out: Not being able to talk is closely associated with challenging behaviors such as aggression and self-injury, and spoken-language delays are one of the main issues that drive parents to seek diagnoses for their children. And so little research has traditionally been done with the so-called ‘minimally verbal’ kids — who are in fact quite varied in their abilities — that it is really an existentially necessary line of work for me.

S: Whose work do you admire? Who inspires you?

KC: I admire lots of different researchers. For example, Connie Kasari of the University of California, Los Angeles, because of her really brilliant, compassionate and inclusive treatment research. I think her use of SMART trial designs is not only innovative but also directly addresses the ‘control group problem,’ in which it’s patently unfair to have half of your participants essentially not receive therapy. Her JASPER therapy is also a really rich milieu in which to approach so many other kinds of communication goals, and I’m in awe of how much work she has done to make JASPER accessible to underserved communities in Los Angeles.

I also very much admire the work of my mentor, Helen Tager-Flusberg of Boston University. I first met her when I took her course on autism way back in about 2007, and I’m still collaborating with her. The depth of intelligence she brings to her (and our) work and how well she has her finger on the pulse of the research community really inspire me. I feel especially proud that I somehow managed to convince her of the importance of looking at motor speech skill in autistic kids, because speech develops earlier than language per se, and it may be an area in which we can identify early predictors of who may remain minimally verbal. I benefit from her wisdom literally every week when we chat.

And another person whose work I really admire is a speech scientist named Hayo Terband, currently at the University of Iowa. Hayo studies pediatric speech disorders from a computational modeling point of view. I love how he uses the complex computational tools we’ve developed over the years to understand how developmental communication disorders might arise and make quantitative predictions about behavior or brain function that we can test with real participants. Having a very specific, testable hypothesis makes participation in research much more efficient for families who are super busy. Hayo is also an extremely compassionate person who cares deeply about helping children with communication challenges, which is something we bond over.

S: What does a typical day look like for you? How much sleep do you get?

KC: I get about 10 hours of sleep a night. I can manage on less, but that’s what I end up at when left to my own devices. My time is generally not very structured, and I don’t have many meetings, but that’s because I’m a ‘soft money’ professor, not a tenured one, so I have a lower teaching and service requirement. The downside of that is that I’m always scrambling for grant money, but it’s OK because I enjoy the process of writing manuscripts and grant applications.

I start my day with a little warmup by addressing all the unread emails in my inbox. Then I look at the list of items I have going and prioritize them (usually by due date, but sometimes by how anxious they make me). These include things such as checking manuscript proofs, finishing manuscript reviews, drafting letters of intent or grant applications, completing progress reports for grants I already have going, running statistical analyses and writing manuscripts. And soon I’ll be starting to train a new clinical research assistant, which will be very exciting. We’ll be collecting data again! 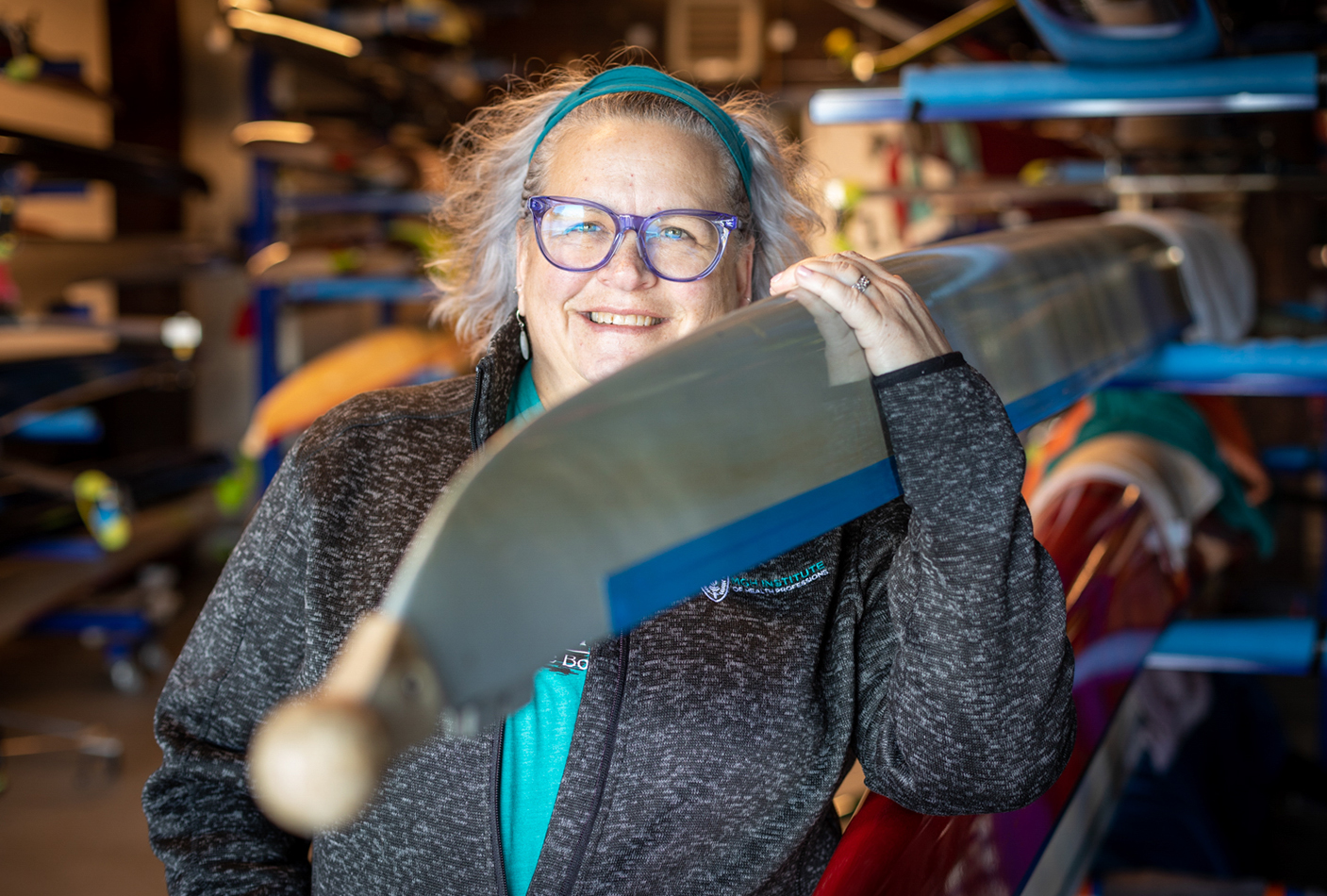 S: When and where are you most productive? Do you listen to music or podcasts (or white noise) while you work?

KC: During my Ph.D. program, I worked at least half-time at an outside job because I didn’t have scholarship support, so I’ve trained myself to be productive pretty much anywhere. The only thing that really derails me is humidity, which is generally avoidable.

I love to listen to music while I work. Right now, I pretty much stream WERS, the radio station of Emerson College in Boston (“Discover and rediscover your music!”). But when I was preparing my grant application for the treatment study back in 2017, I had a Gov’t Mule playlist on endless repeat that really helped me through that six-month process. When I need to think really hard about writing, I’ll default to long, mostly wordless songs (Khruangbin) or non-English-language artists (Sergio Mendes, Thomas Mapfumo).

S: Tell us your favorite story from a research conference.

It was an intensely emotional experience. That’s partly because it was one of the first in-person conferences after lockdown, so just seeing and interacting with people was pretty joyous. But mostly it was emotional because of how deeply rewarding it was to meet the families who wanted to participate in our study.

They were so grateful for our work, which surprised me a bit because we are so grateful to them for participating! One family even refused the gift card we gave out to participants, but we assured them that it was theirs to keep.

KC: In terms of pleasure reading, I’m anxiously awaiting George Saunders’ new short story collection, and there’s always The New Yorker. I read The New York Times, though I’ve been thinking I should probably also branch out to The Wall Street Journal. No print subscriptions anymore.

For work, I regularly read the Journal of Speech, Language, and Hearing Research and the other journals from the American Speech-Language-Hearing Association. A lot of the autism ones, too, such as Autism Research and the Journal of Autism and Developmental Disorders. And, more recently, journals that cover genetics and neurodevelopmental conditions.

S: What is the most rewarding part of your job?

KC: Definitely the most rewarding part is working with the children who participate in our studies. Nothing in my life is as hard for me as talking is for them, and they still try so hard in therapy. They really make me want to work hard on their behalf, and it’s remembering how hard they apply themselves that inspires me to do the same when I am tackling something really challenging like drafting a manuscript or grant application. I feel it’s the least I can do for them.

S: Do you have any hobbies beyond rowing?