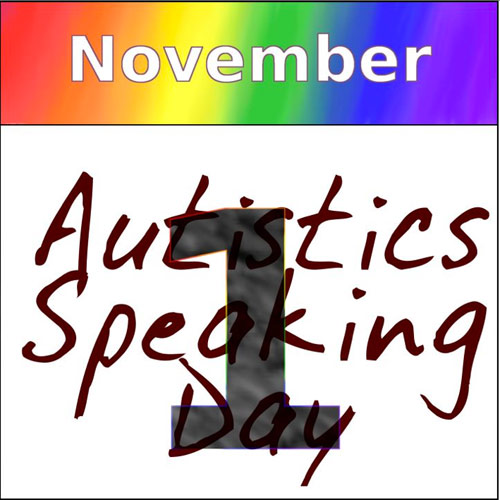 A year ago, an Australian group launched an autism awareness and fundraising event called Communication Shutdown. The idea was simple: Neurotypical people would ignore social networking sites such as Facebook and Twitter for the entire day, to simulate and show support for people with autism who have trouble communicating. Celebrities such as astronaut Buzz Aldrin, actress Fran Drescher, and animal scientist and autism advocate Temple Grandin were all on board.

But Corina Lynn Becker, an adult with autism who has a blog, wasn’t at all happy about it.

“A non-Autistic person still [has] the capability to text on their phones, and speak verbally, and so would not be totally comprehending the true reality of Autistic disability,” she wrote. “Twitter and Facebook are two of the sites that actually allow Autistics to communicate and connect with others in the community, so I will not be disappearing from the Internet, as it is my lifeline.”

Becker teamed up with Kathryn Bjornstad, another blogger and adult with autism, to create an alternative event: Autistics Speaking Day, which encourages people to exploit the power of social networks to raise awareness and reject negative stereotypes about the disorder.

Last year, the day was far larger than Becker ever envisioned, with more than 500 participants from across the world speaking out about autism — including many people with the disorder who were inspired to launch blogs simply because of the event.

Today marks the second annual Autistics Speaking Day, which I think should be broadcast not only to the general public, but to autism researchers. Nearly every scientific paper about autism makes a passing reference to the heterogeneity of the disorder. That’s beautifully illustrated in the dozens of posts and Tweets written for today’s event by those who, despite their communication struggles, speak up.