Autism’s impact on language is independent of native tongue 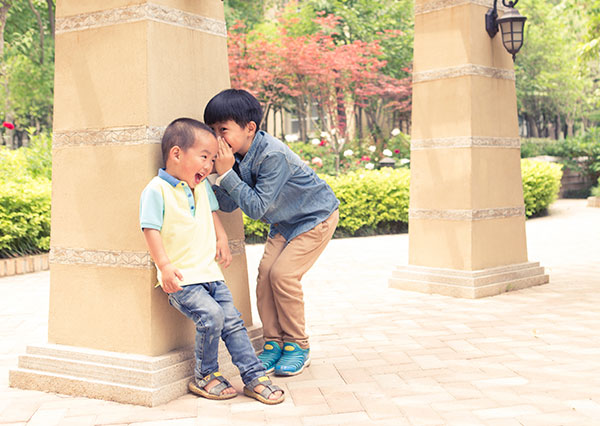 In tonal languages such as Mandarin, Thai and Vietnamese, a single word often has several different meanings depending on whetherthe pitch of a syllable rises or falls, is staccato or breathy. In Mandarin, for example, the word ‘ma’ can mean mother, hemp, horse or to scold.

Given the integral role pitch plays in daily communication, it comes as no surprise that native speakers of tonal languages are better at differentiating both musical and speech-related pitch than speakers of nontonal languages such as English.

You would think that being exposed to this sort of tonality would also help children with autism.And in fact, children with autism who speak Mandarin are better than or just as good as their typically developing peers at identifying musical pitch. But they are worse at understanding whether spoken words are intoned as statements or questions, according to a study published 31 January in the Journal of Autism and Developmental Disorders.

People with autism are known to struggle with language and to have trouble interpreting emotions from speech. But they often excel at music, demonstrating perfect pitch and the ability to sing songs even before speech develops. They also seem to better understand emotional cues conveyed in music than in speech, and music therapy improves autism’s symptoms for some.

Researchers have conducted studies on both musical abilities and language impairment in people with autism who speak English, French, Finnish and more. But this is the first study to examine how native speakers of tonal languages who have autism fare in distinguishing pitch in spoken language and music.

In China, where Mandarin is the primary language, an estimated 12 people per 10,000 are on the autism spectrum. The researchers recruited 17 high-functioning children with autism and 17 typically developing controls, all 5 to 16 years old; both groups had the same amount of musical training.

The researchers first presented the participants with 48 pairs of five-note musical chords. Half of the pairs were identical, while the others differed. The participants first had to identify whether the two chords they heard were the same. If they thought the chords differed, they were then asked to identify the contour of the notes, or their rising and falling pattern.

In a second set of tests, the researchers played recordings of 40 common two-syllable Mandarin expressions, presented as both questions and statements. They asked the participants to identify the question and the statement in each pair, a distinction that depends on the second syllable’s intonation.

The study confirmed that the participants with autism possess a musical edge: They were either better than or just as good as their typically developing peers at completing the musical tasks.

When it came to distinguishing between the spoken syllables, however, the children with autism performed significantly worse than the control group — just as those with autism who speak a nontonal language tend to do.

The findings suggest that individuals with autism do not process spoken pitch and musical pitch in the same way, the researchers say. What’s more, because understanding a word’s meaning in a tonal language depends on recognizing its pitch, tonal speakers with autism may have even more trouble deciphering some aspects of language than people with autism who speak nontonal languages.

The study also suggests that tonal speakers with autism may need tailored interventions to help them overcome their language struggles.