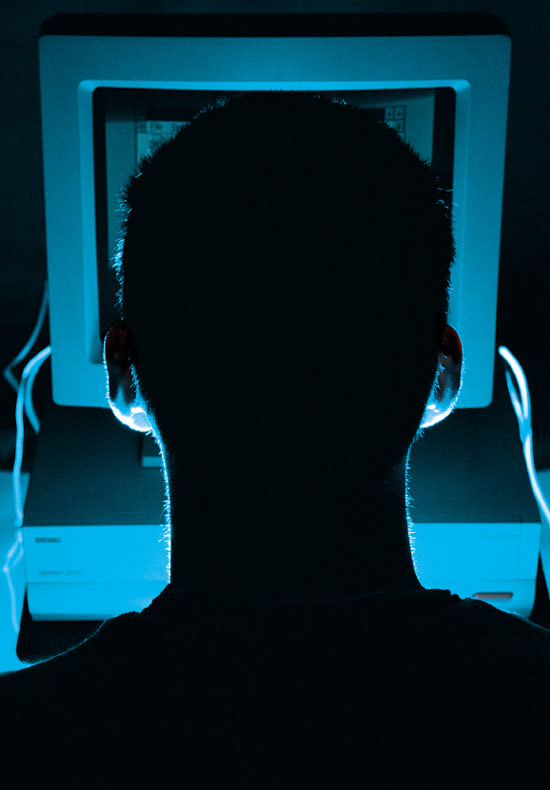 For years, 19-year-old Ryan Cleary barely left his room. He kept the blinds closed and doors shut, spending hours on end listening to heavy metal music and typing code at his computer.

Last month, Cleary was arrested for hacking into several major websites, including that of the UK’s Serious Organized Crime Agency. He’s facing 10 years in prison.

Cleary’s lawyers have chosen what I think is a pretty lame defense: Autism.

Within a week of being arrested, Cleary obtained a diagnosis of Asperger syndrome, characterized by repetitive behaviors, restricted interests and, unlike people with other forms of autism, good language skills.

Cleary is only the latest in a string of hackers whose lawyers are blaming their actions on the disorder. The most famous is Scotland’s Gary McKinnon, who from 2001 to 2002 copied files and passwords and deleted accounts from nearly 100 U.S. government computers. His meddling crashed the U.S. Army’s entire network for three days and racked up some $700,000 in damages.

During the course of McKinnon’s high-profile investigation, a stranger saw him on television and suggested he get a psychiatric diagnosis, according to a thoroughly reported article on IEEE Spectrum. Prominent autism expert Simon Baron-Cohen diagnosed McKinnon with Asperger syndrome.

McKinnon’s legal counsel is relying on this diagnosis to try to stop his extradition to the U.S. where, thanks to post-9/11 anti-terrorist laws, he could spend the rest of his life in prison.

That people with Asperger syndrome become hackers isn’t all that surprising. They’re often highly intelligent, with a knack for math and logical systems. They prefer to spend time alone, and become hyper-focused on specific topics. McKinnon, for example, was searching government files all day and night for proof of his obsession, UFOs.

When people with Asperger syndrome get caught breaking the law, their lawyers may argue that because they don’t have a complete understanding of social interactions, they don’t fully grasp how their actions will be perceived by other people.

That may be true. What I don’t buy, though, is that they don’t understand that their actions are wrong and have consequences. If there’s anything they comprehend well, it’s rules (in fact, that’s probably part of why they take to computer programming in the first place).

Criminal law usually boils down to two questions: Did the criminal realize that his action was wrong, and did he intend to do it? For McKinnon, the answer to the first is probably yes. The second is more nuanced. My take is that he was interested in saving the world from aliens, not in helping terrorists.

Unfortunately, it seems that his intent doesn’t make much difference to these super-strict anti-terrorist laws. His case and a few others have spurred several U.K. ministers to reconsider the country’s extradition arrangements with the U.S. Every accused individual deserves a fair trial — whether they have Asperger syndrome or not.