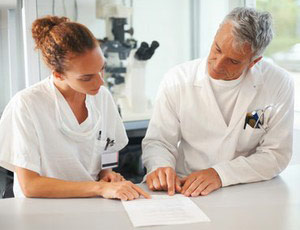 Autism researchers need to build a culture of data-sharing. That’s the message that Thomas Insel, director of the National Institute of Mental Health (NIMH), wanted to convey Friday at the International Meeting for Autism Research (IMFAR) in Toronto.

Grants from the National Institutes of Health (NIH) already require that researchers add their data to the National Database of Autism Research (NDAR) within a year of publication. That’s important so that data can be reused in new ways, for example to create larger datasets with greater statistical power, said Susan Daniels, acting director of the NIMH’s Office of Autism Research Coordination, who filled in for Insel as a speaker at the conference.

Given shrinking research budgets, data-sharing is likely to become even more important. In Insel’s words, presented by Daniels at the conference, “Share data to protect the future of your funding and funding for autism research as a whole.”

After growing steadily for most of the past decade, funding for autism research has plateaued, a trend Insel pointed to at IMFAR last year.

However, autism funding is growing faster than that for other neurological disorders, such as multiple sclerosis, as well as for neuroscience in general.

In 2010, a combination of 18 public (82 percent) and private (18 percent) organizations gave out a total of $408 million. The Simons Foundation, SFARI.org’s parent organization, is the second largest funder after the NIH.

Research on lifespan issues, including functioning of adults with autism and treatments tailored to this group, get the smallest chunk of funding, less than two percent. This issue used to be lumped together with research into autism services, but it is now its own category because it is considered so important, said Daniels. Services garner 16 percent of overall funding.