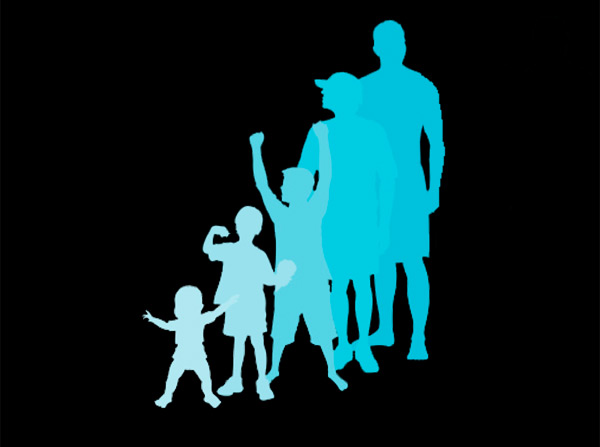 The National Institutes of Health (NIH) is reviving a defunct study that aimed to identify environmental risk factors for autism and other childhood disorders. Some researchers say the do-over, dubbed ‘ECHO,’ for Environmental influences on Child Health Outcomes, is too disjointed to live up to the original project’s promise.

ECHO replaces the National Children’s Study (NCS), which launched amid much fanfare in 2000 as the largest ever long-term study of pregnant women and their children in the U.S.

The ambitious project was longitudinal, designed to follow 100,000 children from before birth to age 21. Fieldworkers were to interview mothers and collect blood and other biological specimens, as well as household samples such as dust. The goal was to correlate exposure to, say, air pollution and psychological stress before and after birth with the development of disorders such as autism, asthma and obesity.

“There was just a huge amount of waste of resources in the original NCS,” says Irva Hertz-Picciotto, professor of epidemiology at the University of California, Davis, who led an NCS pilot study. “I cringe thinking about it.”

ECHO’s mission, by contrast, is to extend and integrate ongoing studies with the long-term aim of answering the same questions as the NCS. This move may cut costs and eliminate the need to create a massive national sample from scratch.

Congress has earmarked $165 million for the new project that is slated for teams of investigators leading large studies. These research teams could separately expand their samples or collaborate, merging their data.

The promise of the NCS came from its sheer size and scale as an expansive national sample with standardized data across all sites. ECHO is a much more piecemeal project.

“The NCS was really meant to be potentially a quantum leap forward,” says Dean Baker, professor of medicine at the University of California, Irvine, who led an NCS pilot study and co-wrote an editorial critiquing the project1. ECHO, on the other hand, is more of a stepping-stone, Baker says.

Every research team ECHO funds will aim to collect data on environmental exposures in childhood. The NIH plans to select and oversee a centralized site that will work to merge common data from the separate studies. But specific research questions will be left to individual investigators.

Piggybacking onto existing studies is a far faster strategy than the one the NCS took. But extracting meaningful data from a mishmash of studies won’t be easy, says Hertz-Picciotto. Zeroing in on the complex interactions between genes and environmental factors may require a large, standardized study, she says.

Still, some researchers say the patchwork approach has advantages, including improving the rigor of current longitudinal studies. One such study, called the Early Autism Risk Longitudinal Investigation (EARLI), is already following 229 families. “That cohort would be so much more valuable the bigger it gets,” says Lisa Croen, director of the Autism Research Program at Kaiser Permanente and an EARLI investigator.

The NIH hasn’t ruled out establishing another new national cohort. Other countries, such as Japan and Norway, have successfully launched and maintained similar programs that follow children from before birth to track environmental exposures.

But the U.S., which doesn’t have organized health registries, may not be equipped to handle a study of this magnitude, says Ellen Silbergeld, professor of environmental health sciences and epidemiology at Johns Hopkins University in Baltimore.

“Until we determine that we can solve the challenges of doing it in the United States, I think, frankly, it’s a waste of money,” says Silbergeld, who resigned from the NCS Federal Advisory Committee in 2012 over concerns about the project’s feasibility. ECHO, Silbergeld says, is just as futile.

The NIH acknowledges that no design is perfect. The agency is seeking input from researchers, as well as the public, to improve the new project as it develops.

Lawrence Tabak, principal deputy director of the NIH, who is overseeing the planning stages of the project, calls the effort a “team sport.”

“I think this is a very serious initiative, one that we are confident will stand on its own merits,” he says.