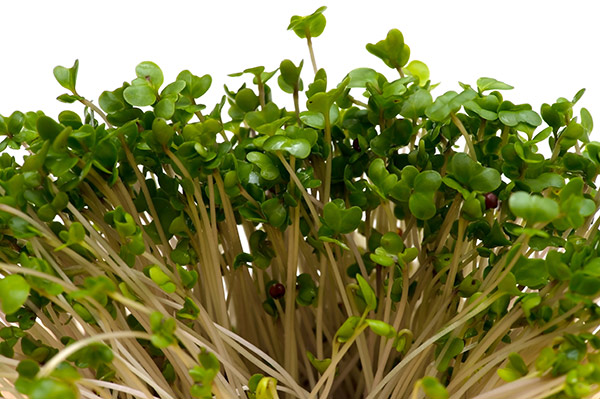 Broccoli boost: A compound in broccoli sprouts may counteract oxidative stress and inflammation — molecular processes implicated in autism — but some experts are skeptical.

The newest entrant in the list of unusual autism therapies is a chemical mixture extracted from broccoli sprouts. The extract seems to improve social skills in young men with autism, a small pilot study has found1. But scientists caution that the study is too small to say whether the findings are reliable.

The extract is rich in sulforaphane, a compound that guards against oxidative stress, inflammation and DNA damage2. All of these are implicated in autism.

Sulforaphane also induces the ‘heat-shock response,’ a cellular defense mechanism against temperature extremes3. Some children with autism show behavioral improvements during bouts of fever, which trigger the heat-shock response4.

This led Andrew Zimmerman, clinical professor of pediatrics at the University of Massachusetts Medical School, to investigate whether sulforaphane eases some symptoms of autism.

Talalay acknowledges that sulforaphane is just one component of the extract, which contains a “huge” number of other compounds.

The team enrolled 40 males with autism aged 13 to 27 years, 26 of whom received a daily dose of the extract for 18 weeks. The remaining participants received a placebo pill. The trial was double-blind, meaning that neither the participants and their caregivers nor the researchers knew who was receiving the extract.

The people who got the extract showed improvements in various behaviors, such as interacting with others and communicating verbally, as reported by parents and clinicians. These improvements disappeared four weeks after the treatment ended. Those in the placebo group did not show any significant improvements. The results were published 13 October in the Proceedings of the National Academy of Sciences.

The findings hint at potential therapies for autism, but the researchers caution against drawing big conclusions. “I really want to stress to people that this study needs to be replicated to demonstrate that it’s valid,” Zimmerman says.

“You always see a 20 to 25 percent improvement in placebo,” says John Jay Gargus, director of the Center for Autism Research and Translation at the University of California, Irvine. For example, the placebo effect plagued trials of the gut hormone secretin and antidepressants for autism.

“It’s stunning that they’ve managed to have found a placebo that doesn’t give the placebo effect that we see in every other neuropsychiatric drug trial,” Gargus says.

“I really want to stress to people that this study needs to be replicated to demonstrate that it’s valid.”

Still, the study opens new doors in the search for autism’s molecular origins, some say.

“This is an excellent exploratory study,” says Judith Miles, emerita professor of child health at the University of Missouri, who was not involved in the study. “It exemplifies a shift to studies that identify physiological or cellular mechanisms that produce autism symptoms.”

They took baseline measurements and repeated the tests 4, 10 and 18 weeks into the trial and 4 weeks after the trial ended. By 18 weeks, nearly half of the study participants receiving broccoli sprout extract showed significant improvements in social functioning and verbal communication, as measured by the Clinical Global Impressions Scale. These are two core features of autism that are not treated by existing medications for the disorder.

“It doesn’t change the diagnosis,” Zimmerman says. “But it changes a lot of the characteristics.”

Scores on all of the tests returned to near baseline levels four weeks after the trial ended.

“I think that the results are really quite intriguing,” says Jeremy Veenstra-VanderWeele, associate professor of psychiatry at Columbia University in New York, who was not involved in the study. “I love the idea of a potential treatment that causes minimal side effects.”

However, he and others say they are skeptical about whether the results will hold up in other trials and in the broader population of people with autism. One concern is that 80 percent of the participants have a history of behavioral improvements during bouts of fever. Surveys estimate that roughly 30 percent of people with autism show this ‘fever effect.’ “That makes this population a little different than the typical population,” Veenstra-VanderWeele says.

What’s more, the improvement seen with the extract is comparable to that seen with placebo in a previous trial that involved hundreds of people with autism5. The benefit is probably too low to hold up in a bigger trial, says Veenstra-VanderWeele.

Still, the study findings are intriguing and warrant follow-up in a larger population, he says. “If this replicates, it’s really exciting, in part because it seems very unlikely to do harm.”