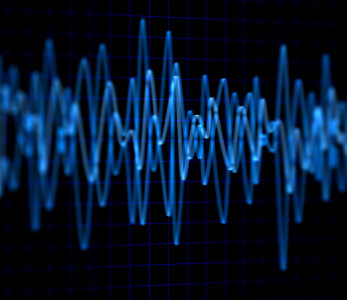 The heat produced by radio waves can interact with metallic nanoparticles bound to temperature-sensitive ion channels in cells, allowing researchers to remotely alter gene expression in live animals, according to a study published 4 May in Science1. The technique could also be used to activate neuronal signals by manipulating calcium influx into neurons, the researchers say.

A similar technique, dubbed optogenetics, uses rays of light to activate neuronal signals. But light does not penetrate tissue, requiring researchers to insert probes into animals. These probes can interfere with behavioral studies, which are a mainstay of autism research. Radio waves, by contrast, can travel deep into tissues, activating molecules by remote control.

The new technology takes advantage of the fact that radio waves produce heat when in contact with metallic nanoparticles. When these nanoparticles are attached to ion channels that open or close in response to temperature changes, radio waves can be used to manipulate the channels.

In the new study, researchers engineered one of these channels, TRPV1 — the receptor that perceives the burn in chili peppers — to bind to antibody-coated iron oxide nanoparticles. They also altered the gene that codes for insulin so that calcium activates its expression.

When cells are exposed first to the nanoparticles and then to radio waves, the channel opens, releasing calcium ions into the cell and stimulating insulin production.

Applying this technique to live mice, the researchers injected mouse haunches with a tumor-generating virus expressing the modified insulin gene and the TRPV1 channel. They then injected the nanoparticles into the tumors. When these mice are exposed to radio waves, insulin expression is activated in the tumors, and in response, levels of blood insulin in the mice rise and blood glucose drops significantly, the study found.

The researchers also engineered the cells to produce their own iron particles fused to antibodies, bypassing the need to inject nanoparticles. These cells make about two-thirds as much insulin after radio wave exposure as do those in which iron oxide particles were added externally, the study found.

By using different nanoparticles that respond to distinct radio wave frequencies, the technique can be used to selectively activate expression in different populations of cells, the researchers say.