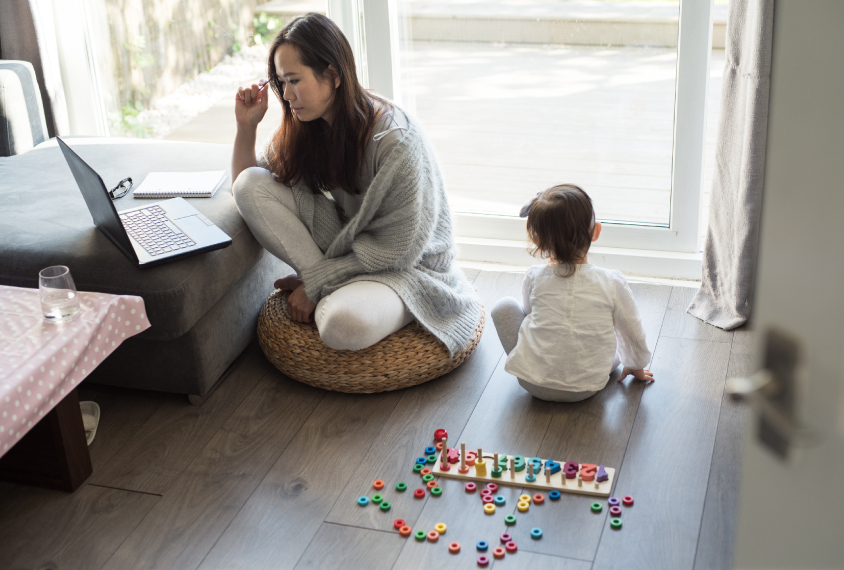 Break it down: A new questionnaire, which can be completed online, characterizes repetitive behaviors in autistic youth in depth.

Restricted interests and repetitive behaviors (RRBs) in autistic people fall into eight distinct categories, according to a new study. Those categories form the basis of a new tool to assess the behaviors in children and adolescents.

RRBs are a core trait of autism but vary widely in type and intensity. Some, such as special interests and hand-flapping, may be beneficial, whereas others can be distracting or self-injurious.

Using the new questionnaire, called the Dimensional Assessment of Restricted and Repetitive Behaviors (DARB), parents can rate their child’s repetitive behaviors in each of the eight subdomains. Different RRBs are likely linked with different genetic and neurobiological disruptions, Hardan says, and the DARB could help researchers more accurately group study participants to target specific treatments.

“If we don’t have that clear separation at the clinical level, genetic studies will in no way be able to find good links,” he says. “The idea that having one intervention is going to help all of these different domains is very naive.”

He and his team tested the DARB with the parents of nearly 2,000 autistic children and adolescents, a strength of the study, says Catherine Lord, professor of psychiatry and education at the University of California, Los Angeles, and co-creator of one of the gold-standard autism diagnostic tests. Lord did not contribute to the new work.

“It will make a great contribution to research on RRBs, which has been limited, as they said, by the relatively simple questions we’ve asked in the past about them,” Lord says.

The team plans to consult with autistic adults to develop a self-report version of the questionnaire next year, Hardan says.

The researchers landed on eight subdomains, each with at least nine specific behaviors, after analyzing 41 studies on RRBs and consulting with 40 clinicians and researchers and 19 parents of autistic children. In the final list, 99 behaviors are categorized as repetitive sensory-motor behaviors, such as spinning in circles or flicking light switches; insistence on sameness; self-injurious behaviors, such as nail biting or skin picking; sensory sensitivity, such as having an aversion to certain fabrics; unusual interests, such as having a fascination with a specific number; obsessive-compulsive behaviors, such as excessive concern about cleanliness; repetitive language; or restricted interests.

To complete the questionnaire either in person or online, parents rate their child’s display of each behavior over the previous two weeks, ranging from “not at all a problem” to “very serious/extreme problem.” DARB scores correlate with scores of similar behaviors on the RBS-R and RBQ-2, the researchers found in an analysis of the responses on all three tests from the parents of 1,892 autistic children and adolescents from the SPARK research cohort. (SPARK is funded by the Simons Foundation, Spectrum’s parent organization.)

The findings were published in the Journal of the American Academy of Child and Adolescent Psychiatry in December.

The result suggests that harmful RRBs could be addressed with existing treatments for anxiety, Hardan says.

The team also created “normative charts” detailing average scores on each subdomain by age, sex and intelligence quotient. Researchers can use the charts to limit their study participants to those with above-average scores, which could increase the likelihood of observing a statistically significant improvement in a treatment trial, Hardan says.

Nearly all — 98 percent — of the children Hardan and his colleagues tested from the SPARK cohort have at least one restricted interest, the researchers found in a separate study using the DARB, and 86 percent have at least one unusual interest. Girls and boys have about the same number of interests, but for girls, these tend to be more social, such as having a fascination with a fictional character. Those findings were published in Autism Research in December.

The DARB represents the most rigorous structure of RRBs in autistic children and adolescents to date, says Roald Øien, professor of special education and developmental psychology at the Arctic University of Norway, who was not involved in the work. An adult version of the tool will be useful, he says, particularly one that can help parse sex differences in RRBs.

“Absolutely I would use this in the clinic,” Øien says.

Most of the families in the study are white and middle class, so it’s unclear how well the tool extrapolates to people of other backgrounds — a common issue when using SPARK data, Lord says.

“In the end, we need to know if people other than white, middle-class volunteers can use it,” she says. “But you could say that about almost all the measures.”