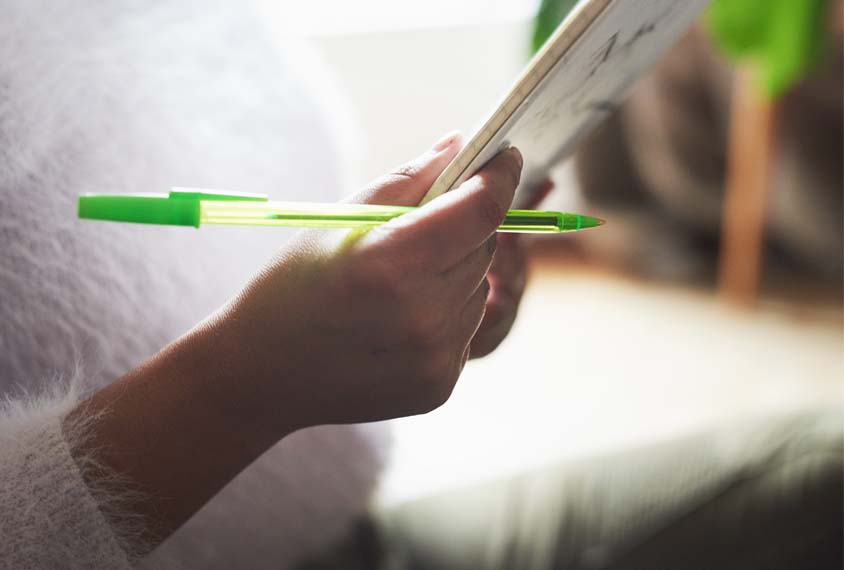 A short questionnaire created in consultation with autistic people is the first of its kind to accurately gauge suicidal thoughts and behaviors among adults on the spectrum.

The tool, called the Suicidal Behaviors Questionnaire-Autism Spectrum Conditions (SBQ-ASC), is freely available online and could help spur research on suicide and autism.

“We needed this tool,” says lead investigator Sarah Cassidy, assistant professor of psychology at the University of Nottingham in the United Kingdom. “We can’t do good research without valid measures.”

Autistic people are at an increased risk of experiencing suicidal thoughts and dying by suicide, previous studies suggest. But the suicidality screening tools used to gather this evidence had yet to be validated for use with autistic people.

“That’s a huge issue, both for clinical practice and for research,” Cassidy says.

Cassidy and her colleagues decided to adapt the Suicidal Behaviors Questionnaire-Revised (SBQ-R), which is commonly used for research on suicide in the general population. This survey has four multiple-choice questions that probe the frequency of suicidal thoughts and behaviors.

Autistic adults interpret these questions differently than non-autistic people do, and as a result the tool does not accurately capture suicidality in this group, according to a 2020 study by Cassidy’s team.

Discussions with autistic participants from that study led to the development of a new survey with five scored questions. Nine of the 2020 study’s participants reviewed the questions for clarity, and a second group of 234 autistic adults and 17 possibly autistic adults awaiting a diagnostic assessment also gave feedback. The survey also includes optional, unscored follow-up questions that ask about suicide plans and non-suicidal self-harm, among other things.

The adapted version addresses the same topics as the original but is clearer to autistic people, the researchers say. For example, one question on the original survey asks, “How likely is it that you will attempt suicide someday?” Autistic people said they found it hard to predict the future, so the tailored version instead asks how likely the person is to act on suicidal thoughts they may have.

The adapted survey also covers new ground. One of the original questions probes lifetime suicidal thoughts and behaviors and has multiple choice responses that range from having a passing thought of suicide to making a plan, but many autistic people said the options didn’t account for the persistent or “sticky” thoughts of suicide they experienced before they considered it seriously. So the researchers added a new question about how long suicidal thoughts lasted, ranging from under five minutes to more than eight hours.

The researchers compared the original and the adapted versions of the questionnaire via an online survey completed by 308 autistic, 113 possibly autistic and 268 non-autistic adults, some of whom took the tests again two weeks later. The participants also filled out surveys of risk factors for suicidal thoughts and behaviors, including anxiety, depression and camouflaging autism traits.

The participants’ scores on the adapted survey correlated with the measures of suicide risk factors. For measures of anxiety, autism traits and camouflaging, the correlation was stronger with the SBQ-ASC than with the original test. Autistic and possibly autistic adults responded similarly to the new screen, and for participants who took the SBQ-ASC twice, the first and second responses were correlated. The researchers used other statistical tests to determine that autistic and non-autistic adults responded to the adapted test differently. The results appeared in Molecular Autism in June.

Autistic people’s responses to the adapted questionnaire cannot be directly compared with non-autistic people’s responses to the original, Cassidy says. The survey should also only be used in research or considered in clinical settings alongside other factors, she says. It should never be used to gauge the chances of someone attempting suicide or self-harm in the future, because research has shown these tests aren’t good predictors of that.