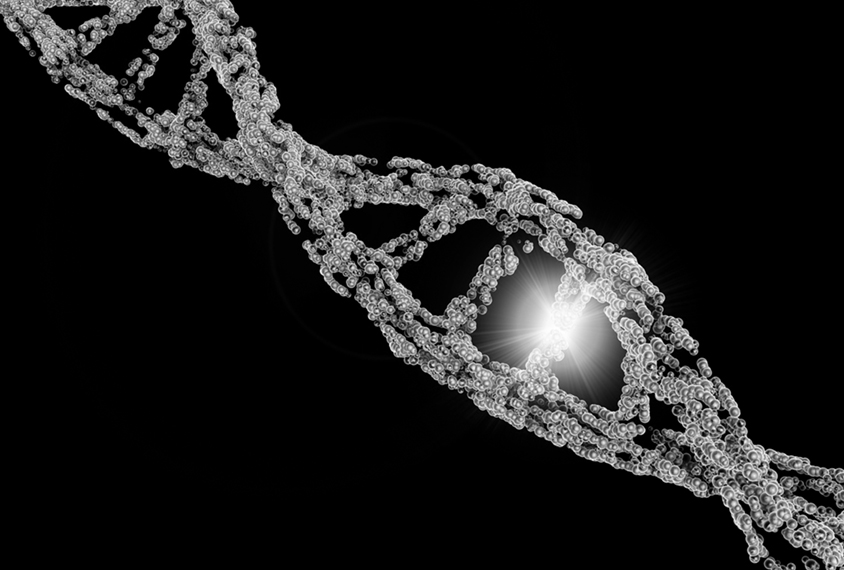 A new method uses DNA mutations to maintain a detailed record of series of cellular events1.

The system, called DNA-based Ordered Memory and Iteration Network Operator (DOMINO), could also enable researchers to study cell signaling, control the sequence and timing of gene expression in cells, and track cells as they differentiate.

DOMINO consists of two parts: a ‘base editor’ that swaps one DNA letter for another to create a ‘point mutation,’ and a guide RNA that controls the location of the base editor. The system builds on CRISPR-CAS9 gene editing but is more efficient at making point mutations.

CRISPR-CAS9 severs both strands of a cell’s DNA; when the cell repairs the break, it can introduce random insertions or deletions. Recorders that rely on this system capture only a few events before these mistakes corrupt the process2.

By contrast, DOMINO does not cut through a cell’s DNA, and so avoids those unintentional changes. It can accurately document the timing, intensity, duration and sequence of multiple cellular events over long periods.

To use DOMINO, researchers create a base editor and guide RNA that respond to events such as the presence of a specific sugar: The sugar switches on a DNA region and triggers the production of the base editor, the guide RNA or both. So investigators know the sugar is present when the editing pair kicks into action. The more sugar there is, the more mutations the pair introduces. Researchers described the system in August in Molecular Cell.

DOMINO can record complex events by introducing distinct mutations in response to different sugars, for example. And unlike previous molecular recorders, it can record events in a particular order, such as lactose entering a cell before fructose. Researchers can also use different sugars to manipulate how gene expression unfolds within a cell.

Researchers can read DOMINO’s record of cellular events using conventional sequencing methods, but these interrupt the recording. As an alternative, they can also design the mutations that cause the cell to express fluorescent proteins.