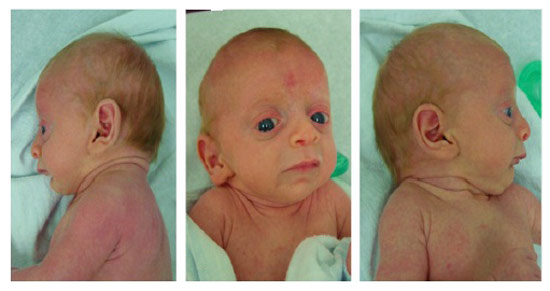 Genetic culprit: The newly discovered Ogden&rsquo;s disease is caused by variants in a single gene, according to a new computer algorithm.

A new computer algorithm has identified the gene responsible for a newly discovered human disease, researchers report this week in The American Journal of Human Genetics1. Unlike traditional methods, the algorithm takes into account both the odds of a particular genetic variant being associated with the disorder and the variant’s effect on protein function1.

The algorithm, called the Variant Annotation, Analysis and Search Tool, or VAAST, is available for academic use and was first described in the 23 June issue of Genome Research2.

In the past few years, new technologies have made it affordable to sequence the entire genomes of individuals with a particular disorder, such as autism. But identifying relevant genes and genetic regions from the enormous amounts of sequence data generated remains a challenge.

Researchers typically use genome-wide association studies, dubbed GWAS, to identify genes associated with a given disorder. GWAS compares the frequency of a genetic variant among individuals who have a disorder with that among controls. However, GWAS requires large numbers of participants to be powerful enough to identify new genes.

Some techniques use the similarity between a human gene and its animal counterpart, or homolog, to predict whether a variant is likely to affect the resulting protein. This technique is limited to genes with known homologs, however.

VAAST takes into account both the frequency of the mutation and the likelihood that it affects protein function, according to the new study. It also combines data for every variant within a given gene.

For example, three variants in a single gene might individually only increase the risk of the disorder slightly, but have a strong effect in combination. This approach increases the power of the algorithm, allowing it to identify responsible genes based on fewer individuals.

In collaboration with another team, they also identified the gene for a previously undescribed disorder that is fatal within the first year of life. This disorder, which they dubbed Ogden’s disease, affects only boys, suggesting that the disease-causing mutation is present on the X chromosome. Boys with the disease look prematurely old and suffer from severe cardiac arrhythmias.

The researchers used VAAST to identify five candidate genes in one of the affected children. They then narrowed these down to a single one by looking for the same mutations in the child’s mother and grandmother, who are both carriers, but which are not present in his unaffected uncle or brother.