Risk of autism spikes for children of older men 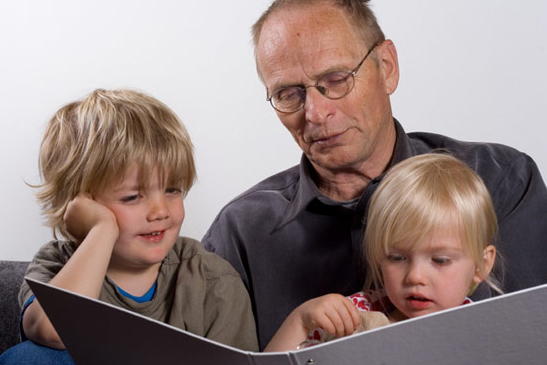 DNA decay: The sperm of older men may degrade with age, raising the risk of autism in their children.

The latest study on fathers’ age and autism risk has more bad news for older men: A man’s chances of fathering a child with autism begin to rise at age 30 and significantly increase after age 50, according to a report published online 30 November in Molecular Psychiatry1.

A number of papers published in the past few years have suggested that children born to older men are more likely to have autism than are those with younger fathers. The new multi-part study answers several lingering questions about the link and provides what may be the strongest evidence yet that a man’s advancing age contributes to his child’s risk of autism.

The new study “is the strongest one yet,” says John McGrath, professor at the University of Queensland’s Queensland Brain Institute in Brisbane, Australia, who was not involved in the study. “It’s quite convincing.”

The study shows that autism risk is independent of the age of the mother, complications during pregnancy and the parents’ psychiatric history. Even after taking these variables into account, children of men aged 50 or older are twice as likely to have autism as are those with fathers under age 30. The risk of having a child with autism is four times greater for men older than 55.

“The association was there even though we controlled for anything that anyone had previously shown to be associated with autism,” says lead investigator Abraham Reichenberg, reader in epidemiology at the Institute of Psychiatry at King’s College, London.

A 2006 study by Reichenberg presented the first compelling evidence that older men have a higher risk of siring children with autism2. That population-based study of nearly 400,000 people in Israel found that children of men aged 40 or older are nearly six times more likely to be diagnosed with an autism spectrum disorder than those of men aged 30 or younger.

Based on those results, the researchers suggested that older men accumulate more mutations in their sperm, potentially contributing to developmental abnormalities in their children.

Results from follow-up studies by other scientists were mixed — not all of them turned up a strong connection between a father’s age and his children’s autism risk3,4,5. Some experts suggested that autism-like traits — such as shyness or social awkwardness — might cause some men who carry risk genes for autism to become fathers later in life6.

In the new study, Reichenberg and colleagues took a multipronged approach to investigate questions raised by their earlier findings. First, they used Swedish national birth registries to examine the one million children born in Sweden between 1983 and 1992.

All 4-year-olds in Sweden undergo a general health screening that includes a developmental assessment, ensuring that children with autism are likely to be identified and their diagnosis included in the National Patient Register. The study turned up 860 cases of autism.

The researchers report that the age of fathers is strongly associated with autism risk in this sample. After controlling for other factors such as maternal age, parental psychiatric history, socioeconomic status and complications during pregnancy, men older than 50 still have 2.2 times the risk of fathering a child with autism compared with men under age 30. For those older than 55, that risk doubles.

Honing in on a subset of 660 Swedish families that have one child with autism and at least one unaffected sibling, the researchers found that children with autism were born when their fathers were 32.7 years old, on average, whereas their unaffected siblings were born when their fathers were an average of 30.8 years old. This discrepancy remains regardless of the age of the mothers.

This finding suggests that the connection between paternal age and autism is not just the result of men with mild symptoms of autism becoming fathers later in life, the researchers note. If that were the case, all siblings within a family would be equally at risk of developing autism.

“It is feasible that men with mild autism may find it hard to find partners, and this could contribute to the paternal age finding,” says McGrath. “But the new results and the general consistency of the finding between many sites makes it unlikely that this paternal behavior effect is sufficient to explain the association.”

The researchers’ meta-analysis of previously published studies not only confirms the connection between paternal age and autism risk but finds a dose-dependent effect: the older the fathers, the higher the odds of autism in their children.

McGrath says that it provides the strongest evidence yet that the link between paternal age and autism is real. “This is a stubborn, persistent finding,” he says. “It won’t go away.”

Others are more cautious in their interpretation. Maureen Durkin, professor of population health sciences and pediatrics at the University of Wisconsin-Madison, notes that although the researchers had a large sample size, they found only 0.8 cases of autism per 1,000 children — roughly ten times lower than the reported prevalence of autism in the U.S.

It’s unclear whether the researchers’ estimates of the risk posed by the father’s age would apply to the U.S. population as a whole, Durkin adds. What’s more, paternal age is only one of many factors that contribute to autism, she says.

According to calculations Durkin performed with the data from Reichenberg’s Swedish birth records, “less than two percent of the autism in this population is attributable to the father’s age,” she says.

Still, some scientists are confident enough about the results that they have moved on to the next step. “There are three or four groups, including ours, around the world that think that this is so convincing that we’ve moved on to animal models,” says McGrath.

The goal: to pin down the precise mechanism by which advanced paternal age leads to autism.

The stem cells that give rise to sperm are constantly dividing, with each division providing a new opportunity for a mutation to arise. “If you look at the number of cell divisions in an old man versus a young man, it actually goes up substantially,” says McGrath. “That’s theory number one — that the sperm of older dads are littered with mutations.”

The mechanism could also be epigenetic. DNA is tagged with markers that control how strongly a gene is expressed. Older men may have epigenetic markers that are different than those of younger men, altering gene expression in a way that leads to autism spectrum disorders in their children.

Reichenberg, who is using animal models of autism to try to unravel the mechanism, says parents who have one affected child often want to know their odds of having another child with autism.

“This question could potentially be answered,” Reichenberg says. If researchers can nail down the relative risks posed by aging fathers as well as by other familial factors, he says, “you could potentially model what the risk would be.”