Rett syndrome gene is unexpected activator of thousands of genes

The gene underlying Rett syndrome has a surprisingly large role in controlling the activity of other genes, according to two recent papers.

The findings have dismayed some researchers, who say the condition may be more difficult to treat than previously thought.

Rett syndrome is a rare neurological condition that shares some symptoms, such as language deficits and repetitive behavior, with autism. Unlike autism, which predominantly affects boys, however, Rett exclusively affects girls, slowing their mental development and motor skills.

Scientists have known since 1999 that nonsense and missense mutations scattered across the MeCP2 gene cause Rett syndrome1. In boys, duplications of the gene cause severe retardation and brain damage.

Since then, researchers have assumed that the MeCP2 protein primarily functions to silence some genes. In its absence, they suggested, these genes are de-repressed or activated, leading to the problems seen with the syndrome.

But the same team that made the 1999 discovery has now found that the protein turns on more genes than it represses, according to a paper published on 30 May in Science2.

“It makes one wonder what makes it activate some genes and repress others,” says lead investigator Huda Zoghbi, professor of molecular and human genetics at the Baylor College of Medicine in Houston.

Based on studies with mice that have either no copies of MeCP2 or too many, Zoghbi and her colleagues have found that the protein controls the activity of thousands of genes, specifically in the hypothalamus, a brain region that controls bodily functions such as hunger, thirst, and body temperature. It may control other functions in other parts of the brain.

Extra copies of MeCP2 increase the activity of about 85 percent of these genes. In mice that lack MeCP2, nearly 2,200 genes remain silent and 369 become more active. 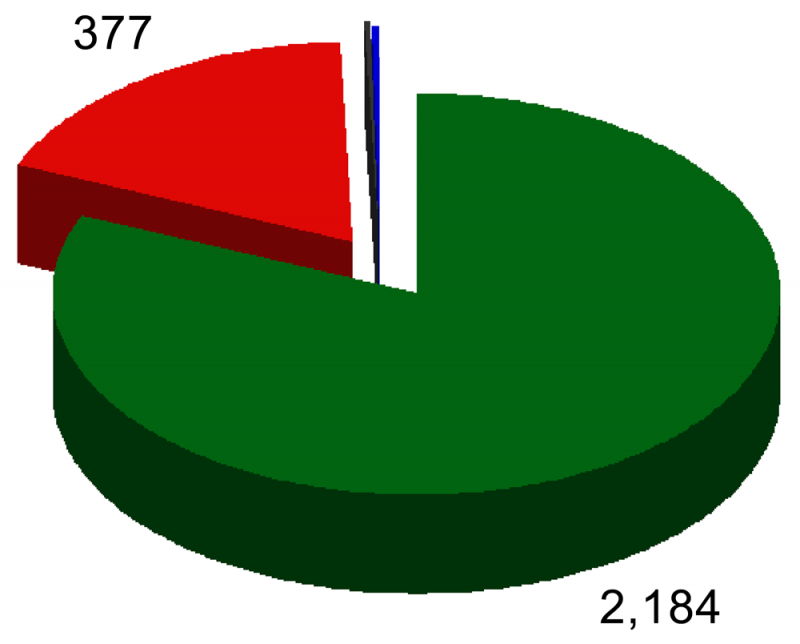 Control center: Changes in the level of MeCP2 affect the expression of many genes.

Loss and overexpression of MeCP2 result in opposing transcriptional changes in the hypothalamus. MeCP2 activates 2,184 genes (green), and represses 377 genes (red) in the transgenic mice, while the opposite occurs in the Rett syndrome mouse model.

A hint of this bigger role for MeCP2 emerged in December when another team found that MeCP2 binds to silent and active genes, suggesting that it’s not only a repressor3.

“Its probably bigger role is that it’s a nuclear organizer,” says Carolyn Schanen, head of the Human Genetics Research Laboratory at the University of Delaware, who was not involved in either study.

MeCP2 seems to orchestrate a complex balancing act between different genes in the brain, turning some on and others off, she says. “It’s been a really hot ten years,” Schanen says. “This field has moved dramatically forward in that time.”

Research on MeCP2 has so far been plagued by conflicting results. Scientists who had found MeCP2 in unusual locations, or having unexpected effects, may now revisit their results, says Janine LaSalle, an immunologist at the University of California at Davis who published the December paper. “I think a lot of people have been sitting on data that they didn’t understand,” LaSalle says.

Zoghbi and her team are looking for MeCP2 targets in other parts of the brain and studying mouse models with conditional MeCP2 mutations.

There is no cure for Rett, but scientists hope to design treatments to prevent damage caused by the mutations before symptoms arise.

With thousands of genes affected by MeCP2, however, it makes more sense to look at MeCP2 function broadly, researchers say, rather than trying to fix each gene that’s normally regulated by MeCP2.

That may mean targeting a regulatory gene in the same pathway or trying to otherwise mimic MeCP2’s function ― approaches that require an intimate knowledge of MeCP2’s effects in cells.

“I think we’re going to find that there are particular pathways that we can go after physiologically,” Schanen adds. “The treatments are going to come from the physiology, not from the genetics.”