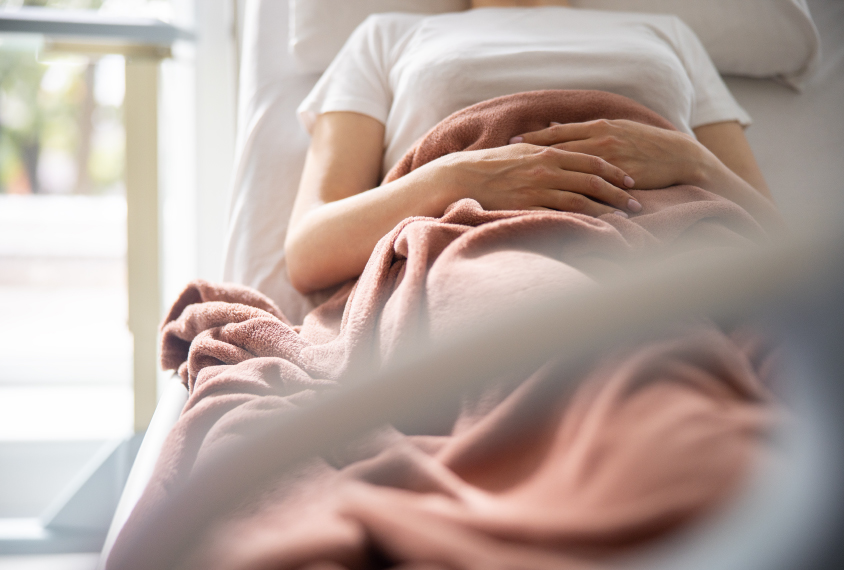 Illness prone: Women who have children with autism seem to have an increased risk of infections in general, not just during pregnancy.
Yakobchuk Olena / Adobe Stock

Infection during pregnancy may be associated with having an autistic child simply because mothers of autistic children are prone to infections, a new study finds.

The results suggest that “common infections during pregnancy do not seem increase their children’s risk of autism,” says study investigator Martin Brynge, a psychiatrist and doctoral student of global public health at the Karolinska Institutet in Stockholm, Sweden. “Prevention of maternal infections would likely not affect the prevalence of autism in the population.”

A great deal of previous research has linked maternal infection during pregnancy with autism and intellectual disability in children. Whether the former causes the latter, however, has remained uncertain. For instance, both autism and intellectual disability are linked with gene variants that may influence the immune system, so mothers of children with either condition may also just be more vulnerable to serious infections.

The new study analyzed data from 549,967 children, including 267,995 girls, living in Stockholm County who were born between 1987 and 2010; about 34,000 of the children had been exposed to a maternal infection requiring specialized health care, according to data from Sweden’s National Patient Register and National Medical Birth Register.

But maternal infection in the year before pregnancy was also linked with a 25 percent greater chance of autism.

“Mothers who had an infection during pregnancy may not be comparable to those mothers without infections,” Brynge says. “There may be systematic differences at the group level.”

Among the 394,093 children from the group who have full brothers and sisters, “siblings who were exposed to maternal infections were not at higher risk for autism compared to their co-siblings who were unexposed,” Brynge says. In fact, maternal infection during pregnancy appeared to be linked with a 6 percent lower chance of having autism in these siblings. The scientists detailed their findings online 7 September in The Lancet Psychiatry.

Looking at siblings and at infections a year before pregnancy “are creative methodological approaches that help tease apart remaining questions about association and potential causation,” says Stephen Buka, professor of epidemiology at Brown University in Providence, Rhode Island, who was not involved in this study. When these other methodological approaches are taken into consideration, “the strength of the association for autism is more modest than previously reported.”

Maternal infection during pregnancy may be associated with autism, but perhaps not in a causal way, the researchers say of the results. “Our findings contradict the well-established view that maternal infections cause autism,” Brynge says. “Mothers to children with autism have a higher propensity for infections in general, not only during the pregnancy period. So there seem to be unknown factors — genetic, environmental or a combination of the two — that increase infection susceptibility in these mothers.”

The scientists warn that their findings do not exclude the possibility that rare infections, or relatively mild infections that don’t call for the specialized health care the diseases in this study did, might cause either autism or intellectual disability. For instance, past work has definitively linked rare infections such as rubella, Zika and cytomegalovirus to an increased likelihood of intellectual disability.

“There remains the very real possibility that infection prevention might be efficacious among certain subgroups — in particular, those at genetic risk for autism,” Buka says.

Previous research has also found that antibodies in the mother that react with the central nervous system may increase the chances that a child will have intellectual disability, says Michael Benros, professor and head of research on biological and precision psychiatry at the University of Copenhagen in Denmark, who did not take part in this study. “Investigations of specific infections and central nervous system-reactive antibodies in the mother during different trimesters of pregnancy and their associations with autism and intellectual disability are still warranted in large-scale studies,” Benros says.

In the future, Brynge and his colleagues would like to investigate the potential effects of COVID-19, as the new study took place before the pandemic, he says. It would also be interesting to investigate why mothers of autistic children may experience a greater chance of infections, he adds.