Prenatal exposure to antipsychotic medication does not increase odds of autism, ADHD 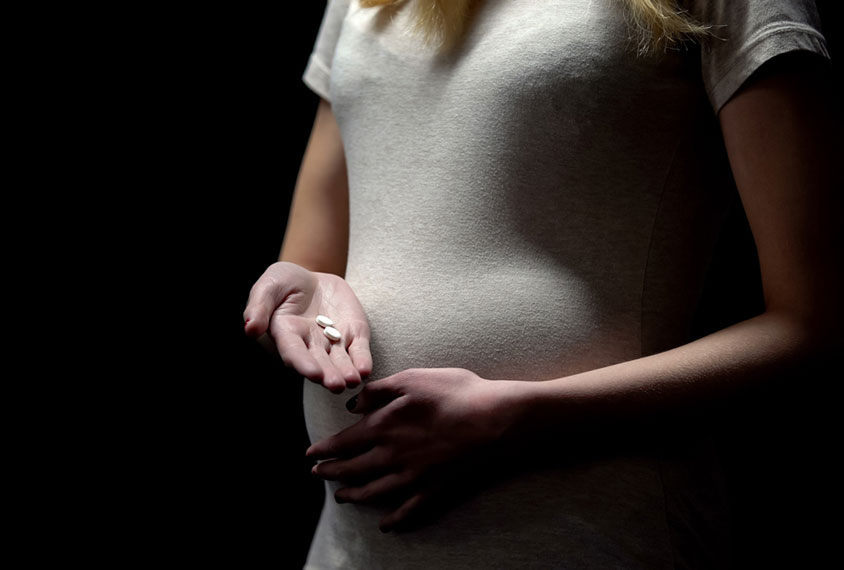 Children born to mothers who take antipsychotic medications during pregnancy do not have elevated odds of autism or attention deficit hyperactivity disorder (ADHD), nor are they more likely to be born preterm or underweight, according to a study released this past Monday in JAMA Internal Medicine.

Some women with schizophrenia, Tourette syndrome or bipolar disorder take antipsychotic drugs, such as aripiprazole, haloperidol or risperidone. Clinicians have long debated whether women should discontinue these medications during pregnancy out of concern for the drugs’ effects on the developing fetus.

But children born to mothers who take antipsychotics during pregnancy and to those who do not take them have similar outcomes, the new work shows.

“Our findings do not support a recommendation for women to discontinue their regular antipsychotic treatment during pregnancy,” says senior investigator Kenneth Man, research fellow at the University College London School of Pharmacy in the United Kingdom.

Prescribing antipsychotics during pregnancy can help prevent potentially dangerous psychotic episodes and ensure that an expectant mother can take care of herself, says Mady Hornig, associate professor of epidemiology at Columbia University, who was not involved in the study. “We certainly don’t want to be cavalier about the use of any medication during pregnancy, but one also wants to balance out the implications of not treating.”

Any apparent effects of antipsychotics on a developing fetus are likely due to the condition being treated, rather than the treatment, the study shows. New research on the link between prenatal antidepressant exposure and autism in children reaches a similar conclusion.

Man and his colleagues made use of public health data on 411,251 children born over 15 years in public hospitals and clinics in Hong Kong, as well as follow-up data on those children for 3 years and health history and medication data on their mothers. They looked for associations with autism, ADHD, preterm birth and low gestational weight.

An initial analysis linked prenatal antipsychotic medication with a small increase in preterm birth, but that association went away after further statistical analyses to rule out an effect known as confounding by indication: Doctors prescribe medication for a reason — or indication — that can lead to additional differences between people and skew study results.

“When we naively compare the effect of the medication between the treated and the non-treated without adequately addressing the differences between the groups,” Man says, “the results will be biased from those differences.”

To account for this possibility, the team broke a portion of the study population into groups that included those with psychiatric conditions who had or had not ever taken antipsychotics, including mothers who continued taking them through pregnancy and those who took the medications but stopped when they became pregnant.

Initial analyses showed that on average, the mothers in this last group had children with a higher incidence of ADHD, preterm birth and low birth weight. But because the infants were never exposed to antipsychotics, the result suggested confounding by indication.

Comparisons with siblings pointed to a similar conclusion: Mothers with existing psychiatric conditions are more likely to have children with autism or ADHD, the study found, but not children who are born preterm or underweight, regardless of whether they take antipsychotics during pregnancy.

These methods helped to address any potential differences in the study population that made it more likely that a person would be in the exposed group, she says, but she adds that it would have been helpful if the researchers had further subdivided the mothers with psychiatric conditions by their condition and medication. Additionally, a longer study follow-up period could have ensured that all children with autism were accurately captured and that all ADHD diagnoses — a notoriously unstable diagnosis in young children — were actually confirmed, Hornig says.

Stratification by specific drug would have been difficult because of the small number of mothers who were prescribed antipsychotics in the sample, limiting the statistical power of such an analysis, Man says.