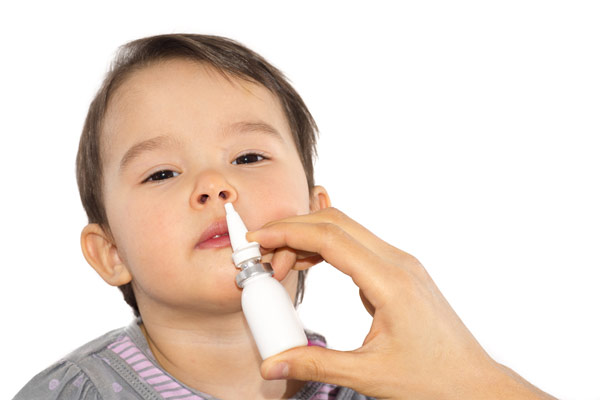 Pazargic Liviu/Shutterstock.com Sniff test: Researchers plan to investigate whether oxytocin administered in the form of a nasal spray can improve social skills in children with Phelan-McDermid syndrome.

The hormone oxytocin is proceeding into clinical trials for people with Phelan-McDermid syndrome, researchers revealed yesterday at the 2015 International Meeting for Autism Research (IMFAR) in Salt Lake City, Utah. The news comes exactly one year after oxytocin, which is involved in pair-bonding and trust, was shown to ease social deficits in a rat model of the autism-linked disorder.

“The important extension of these findings into a clinical trial of oxytocin in Phelan-McDermid syndrome is an example of the emerging trends of both neurobiologically driven therapeutics and personalized medicine in autism,” says Joseph Buxbaum, director of the Seaver Autism Center at the Icahn School of Medicine at Mount Sinai in New York. Buxbaum is conducting the trial with lead investigator Alexander Kolevzon, associate professor of psychiatry at Mount Sinai.

People with Phelan-McDermid syndrome have deletions and mutations in SHANK3, a gene also implicated in autism. Symptoms of the syndrome include autism, intellectual disability and seizures.

Rats that lack one or both copies of SHANK3 have trouble recognizing a familiar rat — a behavior reminiscent of the social impairments in autism. Research presented last year at IMFAR showed that oxytocin reverses this deficit.

“It is extremely exciting to see such a specific deficit in an animal model of autism that, in turn, specifically implicates oxytocin abnormalities in Phelan-McDermid Syndrome,” says Buxbaum.

Buxbaum says that three weeks ago, the U.S. Food and Drug Administration gave the team the green light to investigate whether oxytocin inhaled through the nose can ease social deficits in children with Phelan-McDermid syndrome. The researchers are awaiting ethics approval from their institution, and plan to begin enrolling children as soon as possible.

The study calls for the children to sniff oxytocin or a placebo twice day for 12 weeks. The researchers plan to assess their social behaviors using the Aberrant Behavior Checklist, a questionnaire for parents. They also plan to monitor the children’s attention to social stimuli using eye-tracking technology.