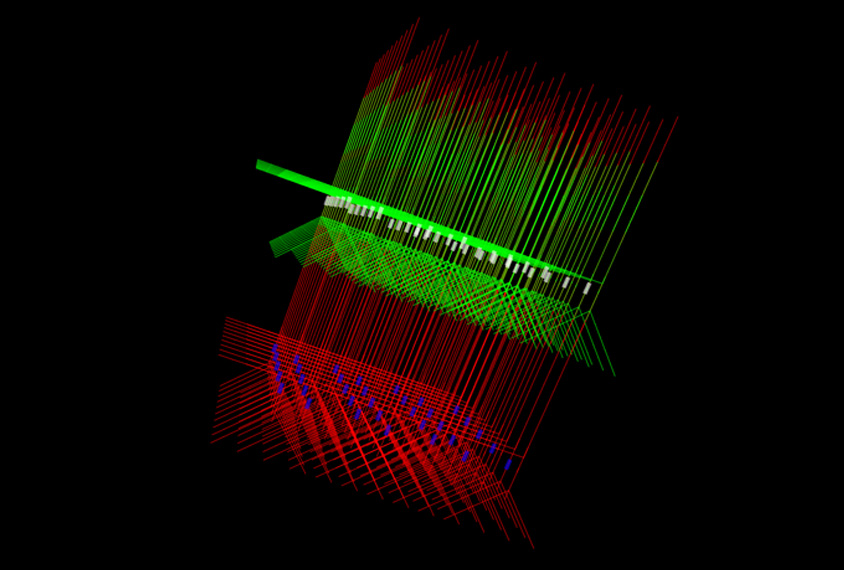 The creators of the tool, called Human Neocortical Neurosolver, gave a précis yesterday at the 2018 Society for Neuroscience annual meeting in San Diego, California.

In order to understand conditions such as autism, and to monitor the effects of treatments, researchers need to know those details.

Some scientists have created computer models of the cells and circuits that generate EEG and MEG signals, but these are too complex to benefit the average researcher.

“We want to bring modeling to the larger community,” says Samuel Neymotin, a research scientist at the Nathan Kline Institute for Psychiatric Research in Orangeburg, New York, who presented the work. Neymotin is working with Stephanie Jones’ team at Brown University in Providence, Rhode Island.

Neurosolver is based on NEURON Python, a computer simulation of electrical currents in the cortex. A wealth of biophysical measurements — such as recordings of single-neuron activity in animal models — underpin the simulation.

Researchers load their data into Neurosolver; the program then walks them through tests of their hypotheses about the neural mechanisms underlying the data.

For example, if the researchers hypothesize that their data reflects an excess of excitatory signaling in the brain, they can redefine the balance of signaling between different cell populations in the model. The program simulates EEG or MEG data based on these parameters, which users can then compare with their experimental data.

If the data don’t match, Neymotin says, the software offers suggestions for how to tweak the model parameters for a better fit. In this way, scientists can hone their hypotheses.

In another poster presented yesterday, a group including Neymotin and Jones used the new tool to confirm that brief patterns of electrical activity called beta bursts — generated in the brain when a person moves her body — arise from cells in two distinct layers of the brain. Researchers had previously been unable to identify this ‘laminar’ activity from MEG data.

The software could have additional benefits. With some tweaking, for example, it could facilitate noninvasive studies of nonhuman primates, Neymotin says.