Nerves that control heart rate may be offbeat in autistic adults 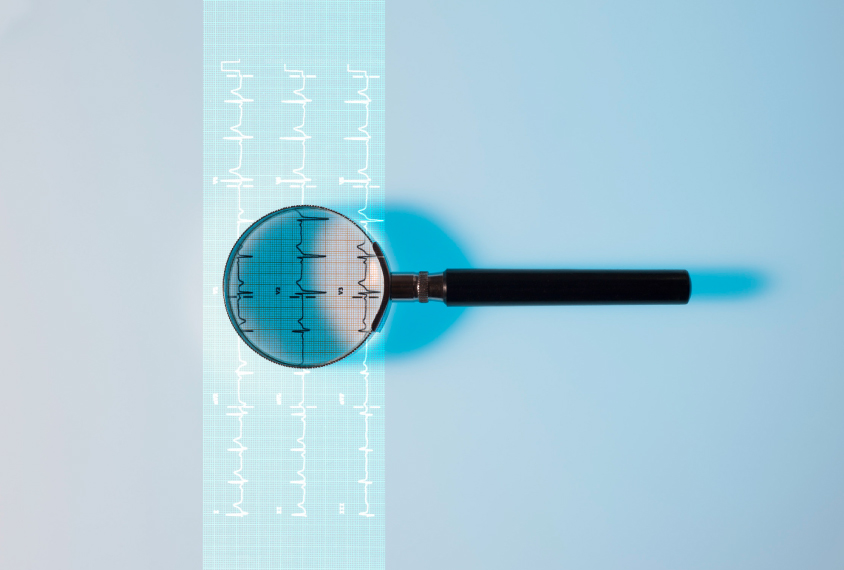 Beat it: Autistic adults have a higher resting heart rate than controls do.

Adults with autism have a resting heartbeat that rarely varies in frequency, a tendency that may explain some aspects of the condition, a new study suggests1.

The findings also hint at a problem in these adults’ ‘autonomic’ nervous system, which controls involuntary functions such as heart rate and breathing.

In most people, the interval between heartbeats varies, even when the people are resting. This unevenness is a sign that the system is flexible and can respond readily to changes in the environment, including new social stimuli.

Children with autism don’t show this variability, according to some studies. The new work indicates that the problem persists into adulthood.

If the work holds up, clinicians could use heart rate to track the effects of autism therapies, says lead researcher Adam Guastella, professor of child and youth mental health at the University of Sydney in Australia.

“Heart rate variability is a very simple measure to collect; it’s safe and tolerable,” he says. “[It] can potentially be collected on lots of people.”

The findings may also help explain some autism traits: The autonomic nervous system controls a person’s response to social stimuli, so problems with the system could underlie social difficulties in autistic people, says Amy Vaughan Van Hecke, associate professor of psychology at Marquette University in Milwaukee, Wisconsin, who was not involved in the study.

“Lots of times, we jump to brain activity and forget that there’s this whole system that serves as the foundation for how we function,” Van Hecke says. “It’s really important to think about this in autism.”

The results may also help explain why autistic people tend to have heart problems that can lead to premature death.

Guastella and his colleagues measured the heart rates of 55 autistic people and 55 controls, aged 16 to 41 years, for five minutes as they sat still. They also measured the intervals between the beats. (The participants had no known cardiac conditions and were not taking any heart medications.)

The participants with autism show less variability in the intervals between heartbeats than controls do, the researchers found; they also have a higher baseline heart rate.

The findings show that decreased variability in heart rate is not unique to children, says Michelle Patriquin, assistant professor of psychiatry and behavioral sciences at Baylor College of Medicine in Houston, Texas, who was not involved in the study.

Roughly half of the people with autism were taking medications such as antidepressants and antipsychotics. But as a group, these participants showed no difference from the other autistic people in heart rate variability. Still, the study was not large enough to determine whether any specific medication has an effect, Guastella says.

Having a diagnosis of another condition, such as attention deficit hyperactivity disorder, also had no impact on the autistic participants’ heart rate variability.

However, anxiety is known to affect the autonomic nervous system, notes Van Hecke. A larger study could address whether anxiety underlies the decreased variability in autistic people’s heart rate, she says.

It would also be interesting to explore whether the autonomic nervous system contributes to autism traits, says Jacek Kolacz, a developmental neuropsychologist at the Kinsey Institute in Bloomington, Indiana, who was not involved in the study.

“There is abundant evidence that autonomic function is intimately related to a range of physical and psychological problems,” Kolacz says. “Some of the common features of autism may be affected by atypical autonomic function.”

Some areas of the brain — including the amygdala, an emotion hub — help regulate the autonomic nervous system. Guastella’s team is scanning the brains of autistic people to look for connections between these regions and heart rate.