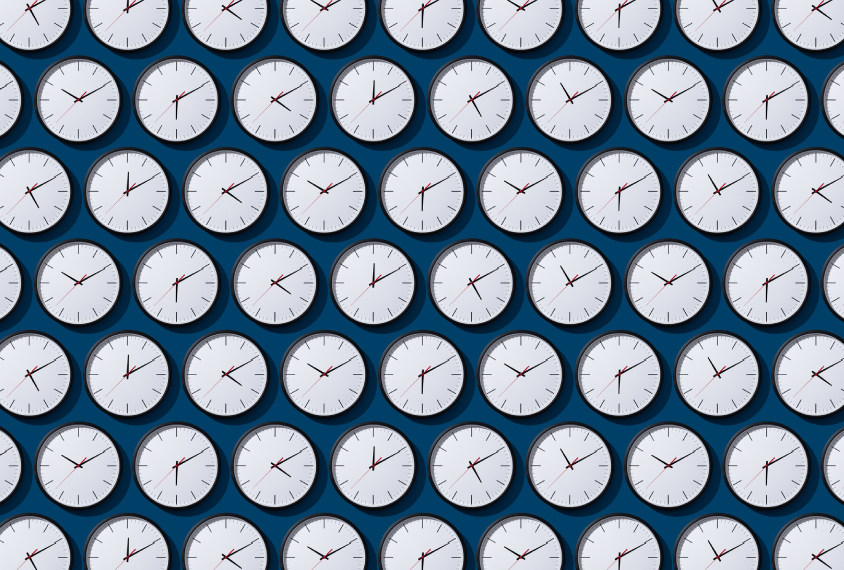 Mice missing a copy of the autism-linked gene NRXN1 appear to perceive some time intervals as shorter than control mice do, according to a new study. The work is the first to examine this kind of perception in a genetic mouse model of autism.

The results suggest that the gene affects the mice’s memory formation, say Kyle Roddick, a graduate student in Richard Brown’s lab at Dalhousie University in Halifax, Nova Scotia, Canada, who presented the work.

“I think [the findings] start to lay a groundwork of time-keeping results for animal models that we can start to align with results in humans,” says Jonathan Cannon, a postdoctoral researcher in Pawan Sinha’s laboratory at the Massachusetts Institute of Technology, who was not involved in the work.

NRXN1 encodes a protein called neurexin that supports the development of synapses — connections between neurons that facilitate signaling across the brain. Mutations in the gene are linked to autism. Research on time perception in autistic people, however, has shown mixed results.

For the new study, the researchers gave mice missing one copy of NRXN1 and control mice a reward of sugar water when they poked a hole with their nose 15 seconds after seeing a light. The researchers then turned the light on and measured how long the mice continued to touch the hole without receiving the reward.

Roddick and his colleagues have observed a similar early response in a mouse model of Alzheimer’s disease, he says, and others have noted the same speedy moves in animals with injuries to the hippocampus — the brain’s memory center.

“We’re looking at this as possibly an indicator that there’s some disfunction within the hippocampus of these animals,” Roddick says.

It’s possible, he says, that the brain isn’t encoding the full 15 seconds of the stimulus due to changes in synaptic function.