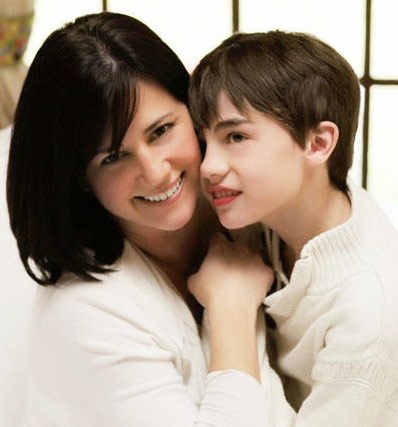 Family affair: The first international symposium on Phelan-McDermid syndrome was a diverse gathering, bringing together parents, children and researchers working on the disorder. Slideshow:&nbsp;More images from the First International Phelan-McDermid Syndrome Symposium. &nbsp;

Family affair: The first international symposium on Phelan-McDermid syndrome was a diverse gathering, bringing together parents, children and researchers working on the disorder.

I tend not to cry at scientific meetings. But my eyes got blurry a couple of times at the First International Phelan-McDermid Syndrome Symposium held in New York City last week.

The caliber of the research presented at the symposium — including new techniques and not-yet published results on the SHANK3 mutation implicated in Phelan-McDermid syndrome and autism — was impressive, but not unusual.

Unlike most research meetings, however, the Phelan-McDermid Syndrome Foundation, a family support group, brought together family members, children affected by the disorder and the researchers seeking to understand and treat it, all at one symposium.

As a science journalist, I spend a lot of time talking to researchers, but not to the families affected by the disorder. Many of the scientists working on genetic disorders also seldom have the opportunity to meet the individuals most profoundly affected by their work.

The testimonies of parents who described the challenges they — and their children — face were immensely moving to me and, I’m sure, to the researchers there.

Each of the parents, who came from as far away as Ireland and Brazil, identified themselves by their child’s name — “Daria’s mother,” “Andrew’s father,” “Jack’s mother” and “Bill’s father.” Their stories not only put names and faces to the disorder but also revealed once more the heterogeneity of autism and the genetic syndromes that drive it.

Though there are commonalities, each family’s story is unique: from Bill, who was finally diagnosed with the disorder at age 45, to Sammy, now 16, the first child diagnosed with the 22q13 deletion in utero in 1994, to the unborn child whose aunt attended the meeting because his mother is due to deliver later this month.

Advances in genetic screening have made it possible to diagnose the disorder early in life, but clinical knowledge has not kept pace with diagnostics. Many of the physicians these families see for the medical problems associated with the disorder — seizures, gastrointestinal problems, kidney problems — had never heard of Phelan-McDermid syndrome or the 22q13 deletion.

Sue Lomas, Sammy’s mother and president of the foundation, told me that many of the parents who find their way to the foundation after a diagnosis have no idea what to expect. “It’s not like Down syndrome or autism. Some don’t even know that their child will be disabled for life.”

The foundation now has more than 600 members but, Lomas says, “We have no idea how many people are actually affected.”

The meeting was exciting from a scientific perspective, too. Two of the speakers — Katy Phelan and Curtis Rogers — were researchers who identified the 22q13 deletion in 1992 and diagnosed the first cases. It was a bit like having Leo Kanner and Hans Asperger speak to a gathering of autism researchers.

This was the first international meeting of researchers working on a genetic syndrome identified only 23 years ago, so the scientists were more enthusiastic than usual about meeting their colleagues, and sharing their findings.

It was also among the few scientific meetings I’ve attended at which researchers tried to make their findings easily understood by family members.