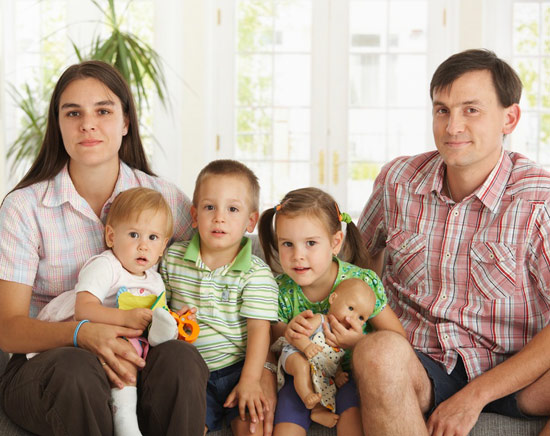 Close study: Children who have one or more older siblings with autism should be closely monitored in infancy for early signs of the disorder.

The numbers, which are significantly higher than most previous estimates of three to ten percent2,3, are based on the largest study to date of autism risk in siblings of children with the disorder.

“Families who already have a child with autism have a significant risk for having another one,” says lead investigator Sally Ozonoff, professor-in-residence of psychiatry and behavioral sciences at the University of California, Davis.

“These new babies in the family need careful developmental surveillance and special monitoring beyond what you would do for a child that doesn’t have autism in the family,” says Ozonoff.

The High Risk Baby Siblings Research Consortium, comprising 21 research institutions in the U.S., Canada, Israel and the U.K., pooled data on 664 high-risk infants — those who have one or more biological siblings already diagnosed with autism — at 12 sites.

Researchers began following these children at birth, and the children now range in age from 4.5 to 10 years of age. Overall, 18.7 percent of so-called baby sibs developed an autism spectrum disorder by age 3. The risk is much higher in boys, however, with 26.2 percent of boys versus 9.1 percent of girls diagnosed. Among boys and girls who have multiple older siblings with autism, an average of 32.2 percent of the infants developed an autism spectrum disorder themselves.

“With this study, it is possible to more adequately assess gender as a risk factor,” says Ami Klin, director of the Marcus Autism Center at Emory University in Atlanta. “We’ve all known for quite some time that being male is a very important risk factor, but now one has a nice assessment of risk liability for females as well.”

The new estimates aren’t surprising to clinicians who see many ‘multiplex’ families, which have more than one child with autism.

“The recurrence rates are in keeping with what we have been observing,” says Klin, who was formerly based at Yale University and is the principal investigator on a baby siblings study there. “But this is a very important study because these rates had not been documented in a publication before in quite a large sample.”

The study’s methodology is rigorous, say others not involved with the research, making the findings particularly compelling. For one thing, the researchers at all 12 institutions in the study followed the children from infancy, allowing experts to directly assess them at 36 months, notes Peter Szatmari, professor of psychiatry and behavioral neurosciences at McMaster University in Canada.

“The study also includes a more accurate assessment of the other children in the family,” Szatmari notes.

Earlier studies rarely accounted for the tendency of some families to stop having children after having one child diagnosed with autism4. This ‘stoppage’ phenomenon can skew estimates of risk for the younger siblings because some potential multiplex families might be mistakenly classified as simplex.

The new study avoided that problem by following later-born children who have older siblings diagnosed with autism. “This study is giving us the true sibling estimates,” Szatmari says.

One of the more interesting findings of the study is the large proportion of siblings — more than half — who were diagnosed at 36 months with pervasive developmental disorder-not otherwise specified (59.1 percent) as opposed to the more severe autistic disorder (40.9 percent).

This diagnosis may reflect characteristics of the broad autism phenotype in the baby sibs, says Helen Tager-Flusberg, professor of psychology at Boston University.

Researchers once thought that it might be possible to diagnose autism in siblings at 24 months, she says. But they’ve since learned differently. “In the siblings, we see a huge amount of kids coming into a diagnosis and going out of diagnosis in this 18-to-36 month period that you don’t necessarily see in a more standard population,” says Tager-Flusberg.

On the other hand, the study may have missed some children who will be diagnosed at a later age with Asperger syndrome or pervasive developmental disorders, Ozonoff says. “In fact, we are reevaluating the sample at our site at age 7, so we may pick up a few who were missed.” That may up the risk rate even more, she adds.

Although the new findings point to highly penetrant genetic risk factors for autism in multiplex families, the researchers have not yet carried out a genetic analysis of blood samples collected from family members at various sites.

The findings are likely to encourage many families with a child with autism to seek out genetic testing, says Tager-Flusberg. “It will also be a wake-up call to pediatricians that they may want to refer such a family to genetic counseling and genetic testing if they’d like to have another child.”