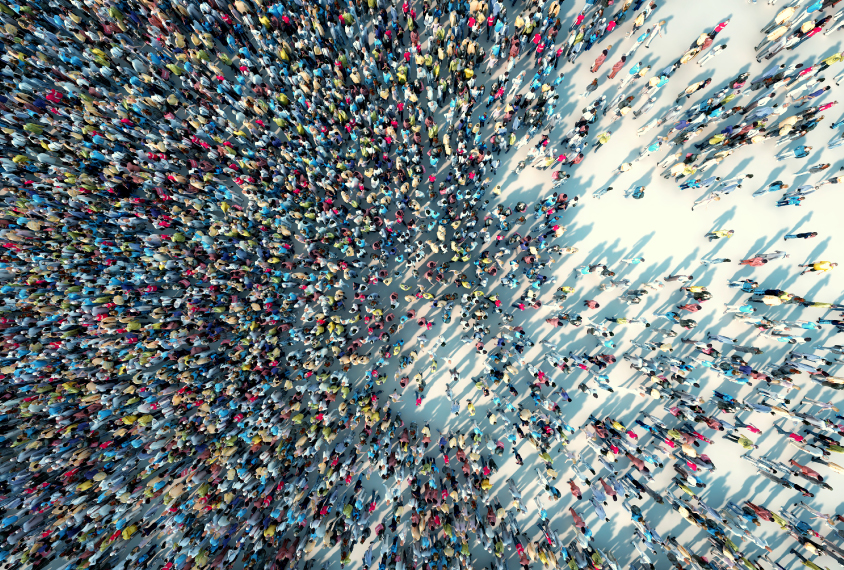 The rising prevalence of autism shows no sign of leveling off, according to a new study that accounts for every diagnosis made in Denmark over 32 years1.

That may be in part because more adolescents and adults are being diagnosed with the condition than before, the researchers report. The results were published today in JAMA.

“We don’t see any evidence that the prevalence increase is plateauing or stabilizing,” says Diana Schendel, professor of psychiatric epidemiology at Aarhus University in Denmark, who led the work. The findings highlight the need to expand support and services for adults with the condition, she says.

The study found an autism prevalence of 1.65 percent in 10-year-olds in Denmark in 2016. This broadly matches estimates from studies in the United States. However, the researchers tracked people into adulthood and found that autism prevalence seems to increase with age.

“This may be one of the first, if not the first, times that we’ve actually followed persons into adulthood” in a large-scale study to estimate prevalence at different ages, Schendel says. “I think the greater recognition of autism is catching up to these older individuals.”

Some experts question whether the prevalence in adulthood is as high as the study claims, however; that estimate seems much higher than what clinicians see, they say.

Schendel’s team mined the Danish national psychiatric and patient registries for every autism diagnosis in people born from 1980 to 2012; they followed these individuals through 2016. During this period, 2,055,928 people were born in Denmark, 31,961 of whom received an autism diagnosis.

Time-lapse data such as these reflect how estimates of autism prevalence change over time, says Eric Fombonne, professor of pediatrics at Oregon Health and Science University in Portland, who was not involved in the study. “It really shows that there is an increase in successive birth cohorts,” he says. “In that sense, it’s very welcome.”

However, the definition of autism and the way the condition is diagnosed have changed over the past few decades, and that might explain at least part of the increase, he says.

The study found the highest prevalence in people born from 2000 to 2001; 2.8 percent of this group had an autism diagnosis by 2016 — 3.89 percent of boys and 1.66 percent of girls. Autism prevalence at any given age went up year after year.

“These data offer a clear call that preparation is needed to address the significant and unique support needs among the emerging young adults with [autism],” says Catherine Rice, director of the Emory Autism Center in Atlanta, Georgia, who was not involved in the work.

Yet some researchers are unsure what to make of the surge of diagnoses observed beyond childhood.

For example, about 0.5 percent of people born in Denmark from 1990 to 1991 received an autism diagnosis by 10 years of age, Fombonne says. But by the time these individuals are 26, the prevalence jumps to about 1.3 percent. This suggests that almost twice as many diagnoses are made between the ages of 10 and 26 as they are before age 10.

“I am suspicious of the validity of the diagnoses at later ages,” Fombonne says. “I don’t know what’s happening, but something doesn’t sound right.”

Confirming adult diagnoses with a clinical evaluation would help, he says. “Until we have that kind of data, we cannot be sure what is in there.”

Other experts share this concern. “I personally think we need to be very careful about first diagnoses in adulthood,” says Catherine Lord, distinguished professor in residence of psychiatry and education at the University of California, Los Angeles.

Fombonne is also perplexed by the sex ratio — 2.3 boys to every girl — in the study compared with the usual 4-to-1 ratio.

“We also noticed this,” Schendel says. A closer look at the data suggests that the sex difference is wider at younger ages but narrows in adolescence. “Unless you have a follow up across these different ages, you won’t see that pattern,” she says.

Registry studies such as this one are attractive because they represent large populations, but they can have flaws.

For example, Lord says, once someone is diagnosed, his status in the registry is unlikely to change. However, work from Lord’s group shows that about 9 percent of people diagnosed as children shed their diagnosis by young adulthood.

Still, Lord says, the researchers are right that epidemiological studies rarely include people diagnosed as adults.