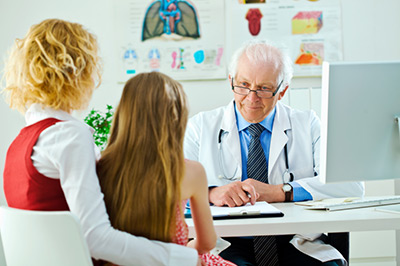 Hindered help: A lack of training and long waits for specialized evaluation contribute to problems with diagnosing autism.

One of the frustrations that parents of children with autism most commonly voice is the long wait for a diagnosis.

Delays can occur at every step of the process. A child’s pediatrician may not be trained in identifying signs of autism, for example. A worrisome screening test may get lost in the shuffle without triggering a referral for follow-up. Even once a referral is made, a child suspected of having autism often spends months on a waiting list for evaluation at a specialized autism clinic.

“There is on average a two-year gap between when the problem was first noted and when the [children] are diagnosed,” says Matthew Maenner, an epidemiologist at the Centers for Disease Control and Prevention (CDC)’s National Center on Birth Defects and Child Disabilities in Atlanta. In fact, CDC data show that only 20 percent of children who have symptoms consistent with autism receive a formal diagnosis by 3 years of age1.

There are then likely to be more long waits for practitioners who have expertise in caring for people with the disorder, adding up to years of delays.

In the meantime, the children grow up and out of the critical period for early intervention.

The scenario for adults seeking an autism diagnosis is even grimmer, as there are fewer practitioners experienced in caring for adults with autism than in caring for children with the disorder.

There are few comprehensive statistics about waiting times, but the bottlenecks in access to autism diagnosis and care are widely acknowledged. These concerns are spurring the medical community to take a hard look at the failings of professional training in contributing to the problem.

“It’s a question of math and numbers at this point,” says Zachary Warren, associate professor of pediatrics at Vanderbilt University. “We really don’t have enough of the specialty providers that we’d like to be able to have in order to provide quick, expedited, multidisciplinary evaluations for every child with a developmental concern.”

What’s more, the gulf between supply and demand may be growing. The American Academy of Pediatrics recommends that every child be screened for autism at 18 and 24 months of age. Yet only about half of pediatric practices routinely conduct such screenings2, 3.

This means that as more practices fall in line toward universal screening, waiting times for a diagnosis are likely to grow longer.

“If we don’t plan now, the shortage will get worse for a very high-needs, long-term-needs population,” says Natasha Marrus, instructor in psychiatry at the Washington University School of Medicine in St. Louis.

One reason for the shortage is that even psychiatrists and other specialists aren’t being trained to diagnose and care for children with autism.

According to a survey of child and adolescent psychiatry fellowship programs around the country, trainees in these fields attend a scant three to four hours of lectures on autism or intellectual disability and see an average of just one to five children with these conditions in a year4.

“The amount of time and the amount of exposure to patient care is clearly less than what we would want,” says Jeremy Veenstra-Vanderweele, associate professor of psychiatry, pediatrics and pharmacology at Vanderbilt University and a member of the American Academy of Child and Adolescent Psychiatry Autism and Intellectual Disability Committee, which conducted the survey.

In effect, the situation represents a vicious circle: Many child psychiatry programs lack an associated autism clinic or faculty experts in the disorder, so the new generation of trainees has little chance to develop familiarity with this population.

“People go and do what they’re good at, what they’re most comfortable with,” says Marrus, who also worked on the survey. “We’ll miss out on a group of practitioners who might have been able to help these families.”

Although the survey focused on child psychiatrists, experts say that the shortage of qualified practitioners with training in autism also extends to other fields.

For example, autism diagnoses are commonly made by developmental or behavioral pediatricians, speech therapists and child psychologists, in addition to child psychiatrists. All of these types of providers are scarce and difficult to reach, Warren says.

One way to address the shortage would be to place more responsibility for autism diagnosis in the hands of experts whose numbers are bigger — especially general pediatricians,

In a pilot study published last year, Warren and his colleagues conducted a two-day training session in autism identification for 27 community practitioners in Tennessee, including 20 general pediatricians and 3 pediatric nurse practitioners5.

After the training, the participants used their new skills to identify or rule out autism in children within their practice and to refer more complex cases for a more in-depth evaluation.

Warren and his colleagues found that the training increased the number of children diagnosed with autism within the participants’ practices by 85 percent. Moreover, the diagnoses agree with independent in-depth assessments up to 93 percent of the time.

“Having the primary care providers be more aware of [autism] is really helpful,” says Catherine Lord, director of the New York-Presbyterian Center for Autism and the Developing Brain, who was not involved in the work. “I don’t know that it really replaces the specialist, but I think we could be more judicious about what specialists do.”

However, while the process is more streamlined, it’s not quick, Lord points out. “The screening they’re talking about took an hour, which is an extraordinary amount of time for a pediatrician to meet with a family,” she says.

Time and training constraints also hamper more basic autism screening by pediatricians. “Pediatricians often are not prepared to recognize autism in children under the age of 2,” says Stephen Downs, professor of pediatrics at Indiana University School of Medicine. “It’s relatively new science that we can reliably identify autism in very young children.”

Even for pediatricians familiar with the early signs of autism, the sheer volume of information and patient numbers they must manage means that autism screening often falls by the wayside, Downs notes.

A 2006 analysis found that American Academy of Pediatrics policy statements contain 192 different specific directives for pediatricians to carry out over the course of childhood6. That number is surely even higher now, as the autism screening recommendation was made in 2007.

At the 18-month visit alone, Downs estimates, a pediatrician’s to-do list takes 30 minutes to complete, even before considering issues raised by parents or discovered during the physical examination. Yet the typical well-child pediatrician visit is scheduled for only 20 minutes.

To keep autism at the top of the priority list, Downs and his colleagues designed an autism screening module that accesses electronic medical records. The module is part of a software package that guides practice in several large pediatric clinics in Indiana.

At a child’s 18-month visit, the system prints out a copy of the M-CHAT, which parents complete in the waiting room. It then prompts the pediatrician to follow up on worrisome screening results, by either ruling out autism or referring the child for further evaluation.

The researchers piloted the module in two clinics, where 857 children were seen for 18-month well-child visits over the course of a year and a half7. Of 171 children who had M-CHAT results that raised a red flag, pediatricians ruled out autism in 50 and referred 25 for further evaluation. But in 98 of the cases, or 57 percent of the time, the pediatricians failed to respond to the computer system’s prompt to follow up.

Although the numbers are disappointing, they are typical for this kind of computerized system, Downs says. “It has drastically improved the rates of screening and early detection of problems,” he adds, “but we’re only about halfway to meeting our goal of universal screening and identification.”

To reach that goal, Downs and his colleagues are studying how to tweak clinical procedures to reduce some of the barriers to follow-up. Meanwhile, the Autism and Intellectual Disability Committee is producing video lectures and other resources to give psychiatry trainees more opportunities to learn about autism.

Warren has begun crisscrossing the country to share his group’s approach to autism identification with pediatricians and primary care providers in other states. In fact, he was headed to Iowa at the end of his conversation with me.