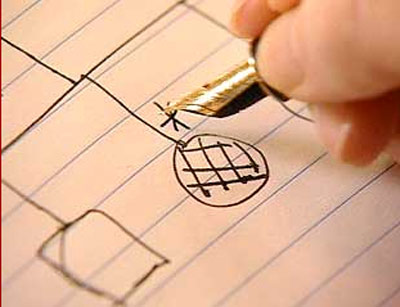 Duplication of a region on the X chromosome leads to a genetic disorder characterized by severe autism, according to a study published 25 November in Annals of Neurology1.

Unlike most cases of autism, syndromic forms of the disorder are caused by mutations in single genes or chromosomal regions. A number of these genes are on the X chromosome, such as MeCP2, which leads to Rett syndrome, and FMR1, which is linked to fragile X syndrome. Mutations in two other X chromosome genes, neuroligin 3 (NLGN3) and neuroligin 4 (NLGN4X), are also associated with autism.

Mutations in genes on the X chromosome may explain the increased prevalence of autism in boys compared with girls.

In the new study, researchers sought the genetic cause of severe autism in three boys from a large extended family. The boys all carry a duplication of Xq12-q13.3, a genetic region that spans 139 genes, including NLGN3. Two brothers inherited this region from their mother, and the third boy from his mother. These women, along with two grandmothers and one great-grandmother are all carriers.

Women have two copies of the X chromosome, one of which is usually randomly inactivated in cells throughout the body. Each of the carrier mothers expressed the typical copy of the chromosome in all cells, the study found.

The boys with the Xq12-q13.3 duplication have a number of symptoms in addition to autism, including intellectual disability, dysmorphology, or unusual physical characteristics, limited language ability and seizures. Two of the boys have a thin corpus callosum, a region that connects the two hemispheres of the brain, which has been associated with autism.

Blood cells of the boys with the duplication have either higher or lower expression of 478 genes compared with controls, the study also found. Together, the affected genes implicate pathways involved in neuronal development and developmental delay in the syndrome, such as the MYC pathway, which regulates cell growth.

A network analysis of the genes with altered expression shows that NLGN3 duplication plays a central role in the observed changes. This suggests that duplication of NLGN3 could be linked to autism, the researchers say.