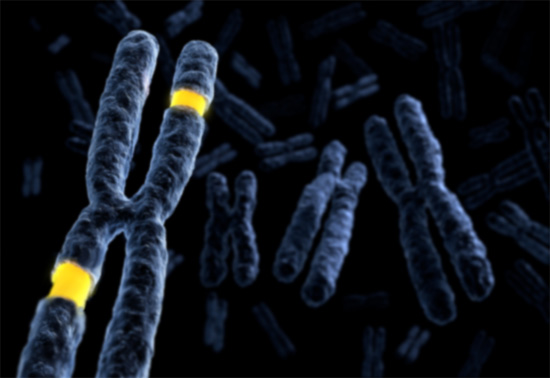 Accurate analysis: Bigger genes can contain more mutations than smaller regions can, falsely linking them to a disorder.

A new study, published in September in PLOS Genetics, shows the importance of comparing cases to controls when linking mutations to a disorder. The researchers propose a new method of analysis that takes into account the larger size of many genes expressed in the brain.

Copy number variations (CNVs) — duplications and deletions within genetic regions — are known to be more frequent in individuals with disorders such as autism or schizophrenia. To identify which CNVs lead to one of these disorders, researchers often look for a higher rate of mutation in certain groups of genes — such as those involved in learning and behavior — compared with control regions.

Mark Daly and his colleagues at Massachusetts General Hospital in Boston, caution against this approach.

According to their study, the median length of genes expressed in the brain is 1.7-fold more than that of other genes, and this greater length raises the probability that they contain a CNV. The researchers also suggest that a higher rate of mutation overall in those with the disorder can implicate genes in the brain simply because they cover a larger genetic region.

To confirm their theory, the researchers compared the mutation rate in genes traditionally linked to schizophrenia with the mutation rate in control regions in people without the disorder. They saw a higher rate of mutation in genes expressed in the brain, particularly those greater than one megabase in length, such as the autism-linked neurexin-3 gene.

The researchers instead propose a new statistical method that carefully compares individuals who have the disorder with controls, taking into account both gene size and the overall rate of CNVs. The resulting enrichment score compares the likelihood that a specific gene is mutated against the background probability that any gene of that size contains a CNV.

The researchers tested their method using simulated gene regions and showed that gene size and CNV rate no longer influence the results when the new analysis is applied.

The new method is available through the online software package PLINK.