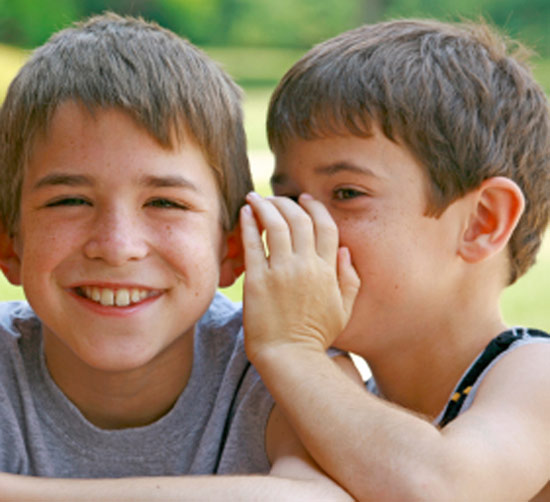 Talking genes: Two individuals with a mutation in FOXP1 have impairment in language abilities.

Loss of activity of FOXP1, a member of a family of genes that regulate gene expression, leads to general behavioral defects, including delays in language, according to a study published in November in The American Journal of Human Genetics.

FOXP2, a member of the same family, is known to be important for language development in both people and animal models. FOXP2 regulates contactin-associated protein-like 2, and abnormal levels of this protein, as well as gene mutations, have been found in people with autism.

Some scientists have suggested that FOXP1 may also be involved in language development. In a previous study, researchers did not find any mutations in FOXP1 in individuals diagnosed with only verbal impairment, however.

FOXP proteins act in pairs, and FOXP1 and FOXP2 can bind to each other and regulate some of the same targets. The researchers suggest that the FOXP1 mutant language defects could be due to its interaction with FOXP2.