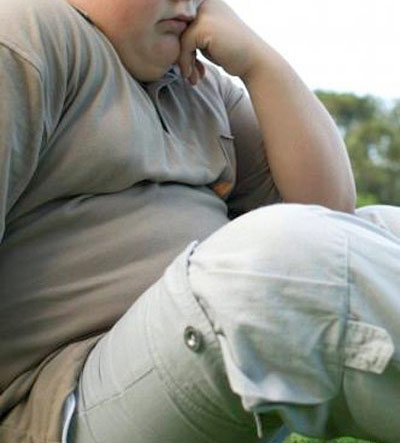 Slim chance: Individuals carrying a deletion on chromosome 11 are overweight and have behavioral problems and, in some cases, are diagnosed with autism.

Deletions on a segment of chromosome 11 are associated with autism, attention problems and obesity, according to a study published in the June issue of the American Journal of Medical Genetics Part A1.

The region, 11p14.1, is on the short arm of the chromosome and includes six genes. Intriguingly, two of these, BDNF and LIN7C, are involved in neuron development and communication at the synapse, the junction between neurons.

Deletions in a nearby region, 11p13, are known to cause ‘Wilms tumor, aniridia, genitourinary anomalies, and mental retardation’ (WAGR) syndrome, characterized by intellectual disability and obesity.

To better understand the role of genes just outside of the WAGR region, Arthur Beaudet and colleagues identified four individuals carrying deletions of varying sizes that overlap at the six-gene region of 11p14.1.

After reviewing the individuals’ medical records, the researchers found that all four individuals have learning problems and are tall and severely overweight. Three of them have attention deficit hyperactivity disorder and two have been diagnosed with autism.

The findings suggest that a wider span of chromosome 11 is involved in obesity and intellectual disability, whereas the genes in the smaller 11p14.1 region contribute to social and communication deficits characteristic of autism. Further implicating BDNF in autism, another study found BDNF deletions in 76.5 percent of individuals with WAGR syndrome and autism, compared with 42.3 percent of individuals with WAGR but not autism2.

Studies of other chromosomal deletions have also tied autism to obesity. For example, the Prader-Willi syndrome deletion on chromosome 15 causes mental retardation, obesity and sometimes autism. Similarly, about three percent of people who are both obese and have developmental delays carry an autism-linked deletion on chromosomal region 16p.