Gene therapy trial for autism-linked condition is put on hold 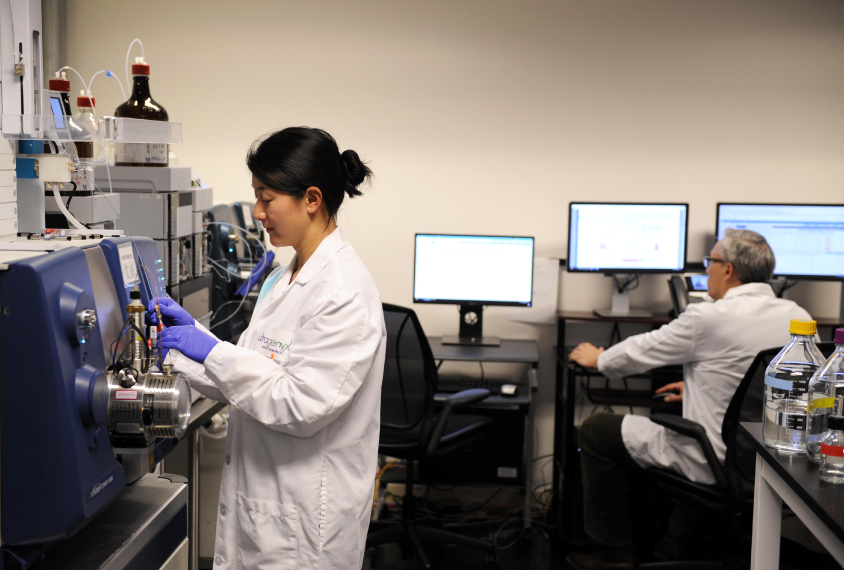 Stand by: A new gene therapy may lessen traits of Angelman syndrome, but its makers may need to limit the dose.

A small clinical trial of a gene therapy for Angelman syndrome — a rare genetic condition related to autism — is on hold after two participants temporarily lost the ability to walk. The safety issue is important to resolve, experts say, given that the therapy otherwise appears to be effective, and the trial could guide treatment strategies for similar brain conditions.

Biopharmaceutical company Ultragenyx in Novato, California, in collaboration with Florida-based biotech startup GeneTx, launched the trial in February to assess the safety of a therapy for Angelman syndrome, a neurodevelopmental condition characterized by intellectual disability, balance and motor problems, seizures, sleep problems and, in some cases, autism.

The drug developed by Ultragenyx and GeneTx, called GTX-102, is a short snippet of RNA called an antisense oligonucleotide that activates the paternal copy of UBE3A and aims to restore the protein to typical levels. Three other companies — Roche, Biogen and Ionis — are pursuing similar therapies for the syndrome.

On 26 October, Ultragenyx and GeneTx reported that the clinical trial had enrolled five individuals with Angelman syndrome, aged 5 to 15. The plan had been to administer to each participant a dose of GTX-102 once a month over four months. Researchers injected the drug directly into the nutrient-rich solution that envelops the brain and spinal cord through a site in the lower back.

After a single dose at the second-highest level, one participant developed leg weakness. The other four participants experienced the same adverse effect after taking the highest dose. The symptoms emerged one to four weeks after the participants’ last dose.

“Two of the patients were not able to support themselves to walk and three were, but they were weaker,” says Elizabeth Berry-Kravis, professor of child neurology at Rush University Medical Center in Chicago, Illinois, where the five children were treated.

The side effects appear to be a result of inflamed nerves where the drug was injected, perhaps due to accumulation of the drug in that area. In animal studies, the drug didn’t cause similar adverse effects, says Ultragenyx chief executive officer, Emil Kakkis. “We do know, though, that antisense oligonucleotides are known to have local toxic effects if given at high concentrations.”

The participants all recovered after they received drugs that decrease inflammation, Berry-Kravis says. “Even those who couldn’t support themselves on their legs are walking around fine — they actually are somewhat more coordinated now than they were before the study.”

When the researchers evaluated the participants at day 128, all five showed significant improvements in some traits, including communication, sleep and motor skills, Berry-Kravis says. Within weeks of the initial doses, parents and caregivers reported that the participants had acquired new words and gestures.

“We’re seeing things like using a fork independently for the first time ever, learning to swim on their own, using their augmentative communication device, being able to play an interactive game with the family,” Berry-Kravis says. But, she adds, “you can’t go on with an adverse event.”

Going forward, the companies plan to limit the maximum dose to a range in which the drug appears to improve traits without causing leg weakness. They also intend to change how they administer the drug so it cannot accumulate at the site of injection. “The drug solution will be given to the patient with their head down to allow the drug to flow toward the brain more efficiently,” Kakkis says.

Before resuming the study, the companies will seek approval from the U.S. Food and Drug Administration, says Scott Stromatt, chief medical officer of GeneTx.

“We hope dosing will start in the next one to two months,” he says. “Parents are pretty excited to resume because of the positive changes they’ve observed in their children.”

All drugs have a side effect at some point, says Mark Zylka, professor of cell biology and physiology at the University of North Carolina at Chapel Hill, who was not involved in the study. “It seems like they’re just going to need to dial in the dosage better.”

Zylka is working on a therapy for Angelman syndrome that uses the gene-editing technology CRISPR to unmute the paternal copy of UBE3A. The rapid improvement observed in the trial participants is encouraging, he says. “It suggests that this idea of turning on the dad’s copy of the gene really has the potential to help individuals with Angelman.”

Others are excited about what the trial results might mean for other brain conditions. “One of the biggest questions in the field is how long the therapeutic window remains open in neurodevelopmental disorders like Angelman syndrome,” says Timothy Yu, associate professor of pediatrics at Harvard University. The preliminary findings from the Ultragenyx and GeneTx trial suggest that the therapy can work even in teenagers.

“It’s still early days, and we have to be careful,” Yu says. “But if this result continues to hold true, that’s going to be really game-changing.”