First brain organoids get set to travel into space 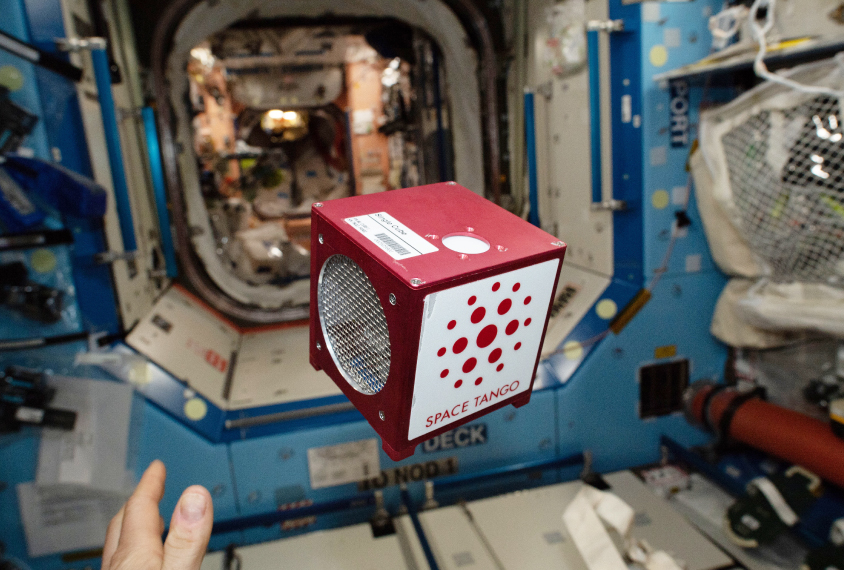 Micro lab: Brain organoids are to be housed inside miniature incubators on the International Space Station.

A cache of about 100 brain organoids grown from human cells is expected to launch into orbit in late July. The organoids will be housed for about one month inside a remote-controlled microlaboratory on the International Space Station.

These organoids are made from the stem cells of three neurotypical adults. But on future missions, scientists plan to launch ones with mutations tied to autism, says co-lead researcher Alysson Muotri, professor of cellular and molecular medicine at the University of California, San Diego.

“The idea that we could take advantage of microgravity to improve the [autism] models or even contribute to space exploration didn’t cross my mind,” Muotri says. “To me, this was all very science fiction, so I’m really excited to be part of that.”

The first mission is expected to cost between $100,000 and $200,000, and is funded by a combination of private donations and a portion of Muotri’s salary.

Plans call for the organoids to be loaded onto a SpaceX spacecraft on 21 July. The mission is the first of an anticipated 10, which together may help scientists answer fundamental questions about brain development — and, ultimately, learn whether people can safely reproduce outside Earth.

“Brain organoids can actually give you very valuable information on the stem cells that might appear when you have a baby up there.”

Some research in space, such as the famous study on twin astronauts Scott and Mark Kelly, has suggested that microgravity can have subtle effects on gene expression. Researchers have also found that animal stem cells multiply faster in space than on Earth, and are exploring whether cosmic radiation alters their development.

But studying organoids in space represents a new frontier. Brain organoids are 3D pink globs that replicate some aspects of human brain structure and activity. They more closely represent the complexity of a human brain than stem cells do. Watching how organoids grow and mature in space may lend insight into whether gravity is required for brain development.

“We don’t know and we want to find out,” says co-lead researcher Erik Viirre, adjunct professor of neuroscience at the University of California, San Diego. “It will help us understand the physical forces that determine this kind of structural formation and growth, as well as the implications for the propagation of humanity beyond the Earth.”

The research may also answer questions about how gravity affects other fundamental aspects of the brain, such as neuronal signaling, gene expression and aging.

Figuring out how to store and grow the organoids in space was a major feat of engineering, Muotri says.

The organoids are growing in wells in Muotri’s lab. In space, they are to be stored in vials and loaded into 4-by-4-inch cubes that hold specialized battery-operated incubators. Remote-controlled tubes feed the organoids a solution of nutrients. Astronauts plan to install the cubes in a permanent lab on the International Space Station.

The cubes were designed by a Kentucky-based company called Space Tango, which specializes in crafting miniature labs. Miniature cameras inside the cubes are designed to record the organoids’ growth and transmit videos back to Earth. Once the organoids return to Earth in August, the scientists plan to analyze their gene expression and compare the results with those of organoids growing on Earth.

The project removes one variable that’s nearly impossible to eliminate on Earth: gravity.

“When you do basic cell research on the ground, often people include stressors in the system to see how those cells are going to respond under certain conditions. One condition that cannot be replicated on the ground is microgravity,” says Jana Stoudemire, commercial innovation officer at Space Tango. In microgravity, she says, “physical material properties change, biology changes, gene expression looks different.”

Early in human development, nerve cells fold onto themselves to fashion a hollow tube that eventually forms the brain and spinal cord. If the organoids develop in space just as they would on Earth, it may help rule out the idea that gravity is critical to this process.

Although how to transport the organoids to and from space is mostly ironed out, Muotri is still figuring out how to safely bring the organoids from his lab in California to Cape Canaveral Air Force Station in Florida.

He is debating two options: mailing the organoids in a temperature-controlled box or securing the security clearance needed to carry the organoids aboard an airplane.