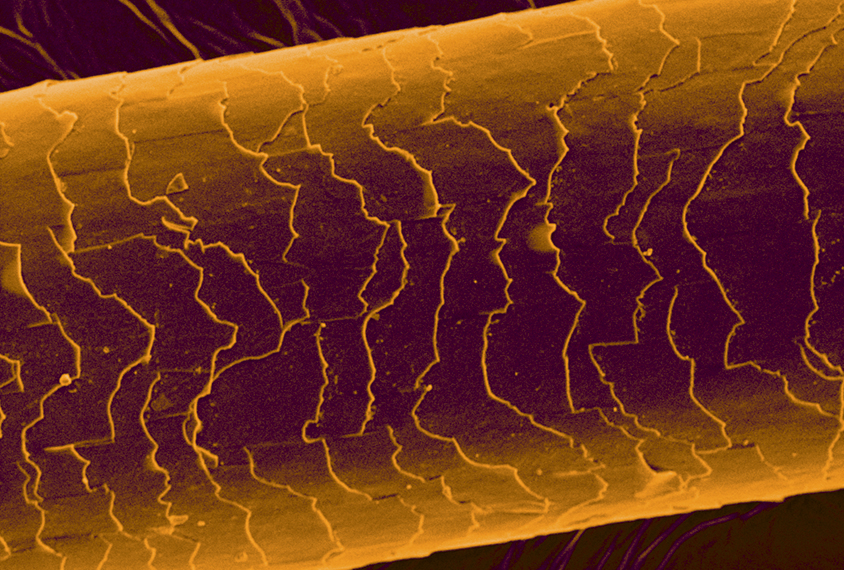 The U.S. Food and Drug Administration (FDA) has granted ‘breakthrough device’ designation to a hair-based test designed to aid autism diagnosis. The acknowledgment shifts the test into a fast lane through the agency’s regulatory review process.

The test, called StrandDx, analyzes the levels of chemicals in a strand of a child’s hair to capture a snapshot of her ‘exposome’ — some of her cumulative environmental exposures and how she regulates certain essential nutrients. The measures suggest how a person’s physiology responds to her environment, which can predict her chances of having autism, says Manish Arora, Edith J. Baerwald Professor and vice chairman of environmental medicine and public health at the Icahn School of Medicine at Mount Sinai in New York City and co-founder of New York-based Linus Biotechnology, which is developing the test.

Previous research from the test’s makers suggested that autistic people’s teeth contain atypical levels of some metals, and that that information can be used to predict autism diagnoses.

With further development, StrandDx could also help identify subtypes of autism and predict prognoses and who might benefit from which therapies, Arora says.

“We’re not just saying this is a diagnostic tool,” Arora says. “This is something we will help deliver therapy over time and chart the patient journey toward a healthier future.”

Other experts say it is difficult to evaluate the technology without knowing more about what markers it analyzes and how it compares with current gold-standard diagnostic methods. Arora says his team has submitted a paper for review that outlines how the analysis works, but he declined to share it with Spectrum, citing the journal’s embargo policies.

“The group can clearly measure a lot of things in biological samples,” says Gary Miller, professor of environmental health sciences at Columbia University, who is not involved with the company. “The question is, ‘How does that connect to autism?’”

Analyzing hair samples makes it possible to look at chemical exposures and how the body regulates them over time, Arora says, similar to how the rings of a tree can reveal its age and changing environment.

To use StrandDx, a clinician would request a kit to collect a hair sample from a child and return it to the company. The company would then provide the analysis to the clinician to use in conjunction with other information, such as behavioral observations and family history, Arora says. The technology is intended to help predict the likelihood that a child has autism from birth to 18 months of age and assist in diagnosis from 18 months to 21 years.

Being able to evaluate many different molecules together — rather than looking for a single marker in, say, a blood sample — is a strength of the test, says Joseph Braun, associate professor of epidemiology at Brown University in Providence, Rhode Island. (Braun sometimes collaborates with Arora but is not involved with StrandDx or the research behind it.) And if it can effectively predict autism at some point, that is helpful even if researchers don’t understand the mechanisms behind it.

“Developing something like this would really be useful,” Braun says. “If you could predict autism really well with the surface temperature of Venus on the day you were born, who cares why?”

But it is unclear how hair could provide information about exposures that occurred prenatally, when autism is thought to develop, Miller says. The first centimeter or so of hair growing from a follicle generally reflects only the past 30 days of someone’s exposures, though it’s feasible signatures extending beyond the hair’s lifespan could be detected with more development, he says.

Collecting multiple samples over time may help, but by then a person might be able to obtain a diagnosis using other measures.

“The question is, how many samples do you need to see that trajectory?” Miller says. “If you need six months of data, it may be clinically diagnosed by then.”

Arora and his team have data demonstrating that StrandDx can detect autism from infancy through adulthood, Arora says.

For the next step in the FDA review, Arora and his team plan to compare StrandDx’s results with clinician evaluations that use gold-standard measures — work for which they hope to recruit about 5,000 children, Arora says.

Data from this study should inform the FDA’s evaluation of the technology and provide crucial information about which markers StrandDx should focus on. Those results are crucial to evaluate how clinicians should view StrandDx, says Stephen Sheinkopf, executive director of the Thompson Center for Autism and Neurodevelopmental Disorders at the University of Missouri, who was not involved with the work.

“Before we get too excited about something like this, we need to know more about its sensitivity and specificity and just how it’s performing,” he says.

Developing predictive biomarkers such as StrandDx is particularly difficult given the “shifting diagnostic boundaries” of autism, Sheinkopf says. Different markers may emerge depending on who is considered for inclusion in a study, for example.

“The field is still grappling with how broadly we should define autism,” he says. “That creates a major challenge for developing tests like this.”

If the team can identify concrete markers of autism, and in particular autism subtypes, that would be beneficial for the field, Miller says.

“I think it’s a very exciting development,” he says. “But we just have to wait to see the data.”