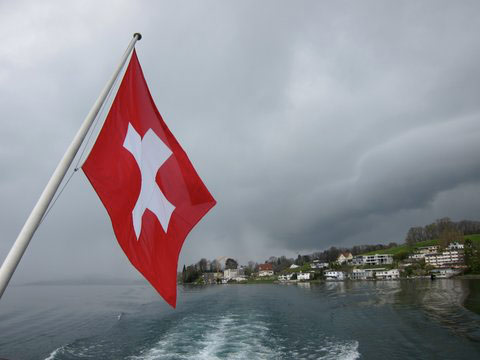 “Last time I gave a talk here, it was kind of a downer,” said Matthew State, co-director of the Yale Neurogenetics Program, addressing a room full of autism researchers who had gathered at an idyllic lakeside meeting center in Switzerland earlier this week.

Sponsored by pharmaceutical giant Roche in partnership with the journal Nature Medicine, the Translational Neuroscience Symposium first convened three years ago, where State had described “how much trouble we had doing targeted sequencing of one gene.”

Fast-forward three years, and the field has transformed. State and others have sequenced the exomes — the protein-coding region of the genome — of hundreds of people with autism and their unaffected family members, identifying a handful of new genes that play a role in the disorder, along with many more candidate genes.

So little was known about the genetics of idiopathic autism — cases whose cause is unknown — in 2009 that the conference then focused for the most part on rare single gene disorders that are linked to autism, such as fragile X and Rett syndrome, “because we had no way to interrogate idiopathic autism,” said State.

By studying animal models that replicate the genetics of these rare disorders, researchers have developed a much clearer picture of their underlying molecular mechanisms and used that knowledge to develop new treatments. A number of compounds have been shown to alleviate symptoms in mouse models, and in some cases are now in clinical trials.

Researchers aim to do the same for the recently identified genes that have been linked to the more common forms of autism. “We now have animal models with the same genetic deficits as humans and with a full set of symptoms, from the molecular changes to behavior,” said Luca Santarelli, head of neuroscience at Roche.

Perhaps even better, researchers are beginning to model the disorder in human cells, creating induced pluripotent stem cells — adult cells that have been genetically or chemically reprogrammed into stem cells — from individuals with autism, differentiating them into neurons and studying the cells for clues to the disorder. “We can identify [therapeutic] targets from the patients themselves,” said Santarelli.

Despite the rapid advances, the field still faces immense challenges. Conference speakers in 2009 noted that the diversity of autism was one of the major hurdles to understanding the disorder and developing treatments. But they had yet to glimpse the sheer magnitude of that heterogeneity. Researchers now estimate that 350 to 1,000 genes are involved in the disorder, based on the results of exome sequencing studies published this month. “If we knew that at that point, we might have stopped,” joked State.

Sometimes it’s best not to see the size of the mountains that lie ahead.