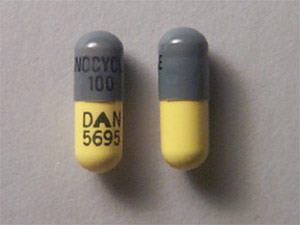 Preliminary results from a placebo-controlled trial of the antibiotic minocycline in children with fragile X syndrome suggest the drug alleviates some aspects of the disorder, according to research presented Friday at the International Meeting for Autism Research in Toronto.

In the study, researchers analyzed data from 48 children and teens, ages 3 to 16, with fragile X syndrome, one of the most common forms of inherited intellectual disability. Participants took either the drug or the placebo for three months, and then switched to the other arm of the study, a design known as a double-blind cross-over clinical trial.

Minocycline significantly improved scores on the Clinical Global Impression rating scale, a seven-point measure used to assess symptom severity and response to treatment, lead investigator Randi Hagerman, medical director of the MIND Institute at the University of California, Davis, reported at the conference.

The researchers also saw improvement on the anxiety and mood subscales of the Visual Analog Scale, which is designed to measure conditions such as pain. Because it is a subjective test, it is typically used to measure changes in an individual.

In the trial, the researchers did not see significant differences between placebo and drug treatments in the language or aggression scales of this test, nor in the Aberrant Behavior Checklist, another test used to assess treatment effects. The drug seems to be safe and well tolerated, Hagerman says.

The drug may act through a variety of mechanisms. It is an anti-inflammatory and also slows protein synthesis, which is thought to be overactive in fragile X.

It also lowers levels of matrix metalloproteinase 9 or MMP9, an enzyme that has several functions, including breaking down the extracellular matrix MMP9 levels are elevated in many people with fragile X and some people with autism, Hagerman says.