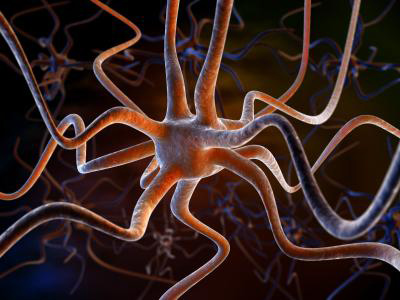 All for one: Scientists are divided over whether autism’s features are caused by a single defect or by three separate pathways.

Every day, Tamarack O’Donnell works with children who span the range of disorders on the autism spectrum. Some children flap their hands and cannot engage even in basic social interactions; others are visibly intelligent and have only mild eccentricities, such as eating only out of a green bowl.

After working with 100 children over eight years, “It’s a real hodgepodge,” says O’Donnell, an autism specialist at the Birth to Three Developmental Center in Federal Way, Washington.

This is a common observation ― sometimes complaint ― as researchers grapple with the diversity of autism cases. But some scientists now say that perhaps there is no single explanation for autism.

Autism is defined by three core symptoms: social problems, communication difficulties and repetitive behaviors. What these researchers are proposing is that each of these cardinal features has an independent origin, rather than being the result of a single primary cause.

“People have been assuming that autism is a unitary genetic construct,” says Angelica Ronald, a lecturer in psychology at Birkbeck College in London. “We’re not finding evidence for that.”

Instead, Ronald and her colleagues say, the symptoms are inherited independently, and autism is at the intersection of these three different causal pathways1. To garner support for her hypothesis, Ronald is trying to discover genes involved in each core symptom of autism, rather than in autism as a whole. 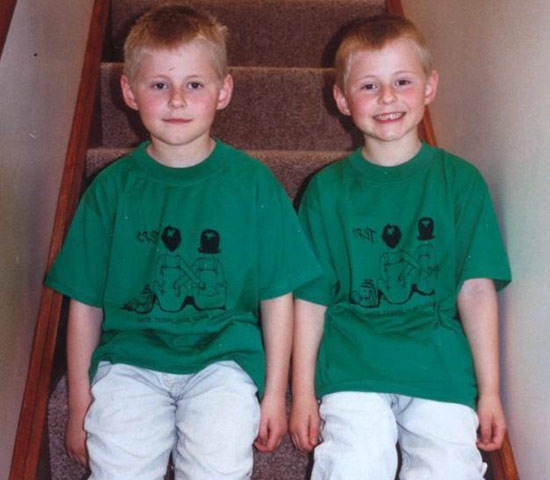 To expedite the search for autism-related genes, other scientists have been trying to identify endophenotypes, which are defined by selected traits found in a subset of autism cases, and which may indicate different causes for those traits.

Ronald is taking this further by asking whether the disparate behavioral traits found in all autism cases might also have separate causes.

Because the severity of autism-like traits varies continuously between unaffected and diagnosed individuals, the traits can be quantified in her twin population.

Using the Childhood Asperger Syndrome Test, she and her colleagues found that among the twins, each of the three features ― social, communication and repetitive, or nonsocial, behaviors ― when considered separately was highly heritable2.

If the three traits originate from the same genes, they should cluster together. But this was not the case, Ronald says. “One identical twin’s social difficulties didn’t correlate very highly with their co-twin’s nonsocial [difficulties],” she says.

This segregation held true even for those who showed significant impairments, at the extreme 5 percent of the range of scores3.

“They would score very highly on social impairments, as high as children with autism did, but they wouldn’t show any of the other two types of symptoms,” says Ronald.

The model of autism as the intersection of three separate genetic pathways is also supported by research into the broad autism phenotype, or BAP.

Researchers look for behavioral features in unaffected relatives of individuals with autism that might reflect “genetic liability to autism,” says Molly Losh, assistant professor of psychiatry at the University of North Carolina at Chapel Hill.

Losh and her colleagues have found that personality traits such as ‘aloof’ or ‘untactful’ are more frequent in the parents of children with autism than in controls4.

These personality traits and other behaviors form the basis of BAP features, which include rigidity, anxiety, language and sociability characteristics that parallel the core symptoms of autism.

Most people who have these features are only mildly affected, however, and have successful marriages and careers. “For example, the social characteristics we observe in relatives involve a social reticence rather than any social problems,” says Losh.

As in the twin studies, the BAP features do not correlate strongly with each other, suggesting that their genetic underpinnings are independent. Many of these unaffected parents have only a single BAP feature.

But this parent study also found that these traits can occur together, which argues against their independence. About a third of parents with one child with autism and 56 percent of those with multiple children with autism have two or more BAP features.

Another family study found a high level of correlation in unaffected relatives between two autism-related traits categorized as social motivation ― which includes qualities such as how comfortable a person is in a social situation ― and range of interests, including how much a person likes routine5.

When two or more of these traits seem to be inherited together, it suggests they share a common genetic cause.

But Annette Estes, assistant professor of psychiatry and behavioral sciences at the University of Washington and one of the authors of the study, cautions against that interpretation.

“It’s suggestive that we need to understand how they are related, but it doesn’t necessarily mean that they are related in the sense of sharing the same genetic etiology,” she says.

The specific results of these studies might depend on how autism-related traits are divvied up and quantified. Genes do not necessarily segregate neatly according to the specific categories of behavior chosen by a researcher.

For example, Estes has unpublished evidence suggesting that traits usually lumped into the repetitive behavior category can be disassociated.

At the International Meeting for Autism Research in London earlier this month, Estes presented evidence from imaging studies suggesting that children with physically repetitive behaviors, such as hand flapping, differ neuro-anatomically from those with higher-order repetitive behaviors such as repetitive speech or interests. These differences could have distinct genetic sources, says Estes.

Tools used to measure autism-like behaviors may also pick up traits not specific to autism, and confound the results, cautions John Constantino, associate professor of psychiatry and of pediatrics at Washington University School of Medicine.

For example, with the CAST test, language impairments or liabilities for obsessive-compulsive disorder “could be contributing to scores for social, language, and repetitive behavior problems, even if they have nothing to do with autistic impairment,” Constantino says.

These impostor traits might then imply a genetic ‘fractionation’ of symptoms in the autism triad where there is none.

In his own studies, Constantino instead relies on the Social Responsiveness Scale (SRS). That tool “is certainly not immune to confounding by other disorders, but may be more specific to autistic impairment,” he says.

Using this tool, Constantino has obtained some of the strongest evidence for a single cause behind autism’s diverse symptoms.

Using a statistical method that can resolve the basic factors contributing to variability, he has shown that much of the range of SRS scores among children with pervasive developmental disorders and controls could be explained by a single factor6.

A single causal pathway to autism could contribute directly to each different symptom, like spokes emanating from the hub of a wheel.

Alternatively, a single cause could work through a domino effect. Certain genes could initiate symptoms in one symptom domain, which could then trigger deficits in the other domains as the brain tries to cope with the original problem.

“A severe deficit in the fundamental motivation to engage socially could result in social impairment, delay in the development of language, and a tendency to become preoccupied and resort to repetitive behaviors as a primary focus of interest,” says Constantino.

These models for a single primary cause may be appealing in their parsimony, but the reality may lie somewhere between them and Ronald’s theory of multiple, independent pathways, some experts say.

Until they find that middle ground, scientists’ efforts are a bit like the story of the blind men and the elephant, notes Estes. “Any individual research paper is going to be touching one part of the elephant.”