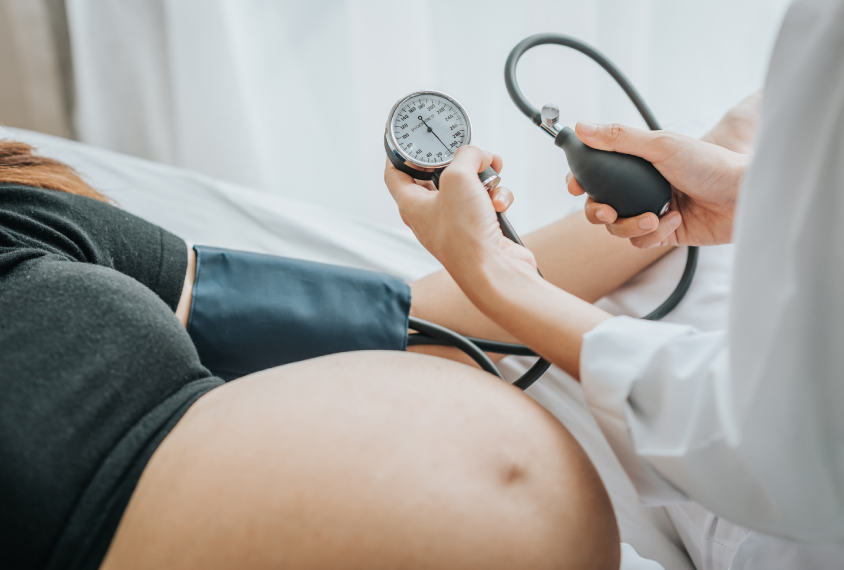 Unclear cause: The link between pregnancy complications and autism remains mysterious.

High blood pressure during pregnancy may raise a woman’s chances of having an autistic child, according to a new analysis1.

The onset of high blood pressure during pregnancy, a condition known as preeclampsia, also increases the odds of other neurodevelopmental conditions, the study found.

“The effects of preeclampsia on fetal development may be broad-ranging, affecting a range of disabilities,” says lead researcher Allen Wilcox, scientist emeritus at the U.S. National Institute of Environmental Health Sciences in Durham, North Carolina.

This work adds to a growing body of evidence that preeclampsia and related conditions, such as gestational diabetes, increase the chances of autism in a woman’s children, although the mechanisms remain unknown. Genetic factors could account for the associations.

Wilcox and his colleagues analyzed almost 1 million records documenting all single, full-term births from 1991 to 2009 in Norway. They tracked health outcomes in these children until at least the age of 5, and until an average age of 14.

About 28,000 of the children were born to mothers with preeclampsia. These children were 1.29 times as likely as other children to have autism, the study found. They were also more prone to attention deficit hyperactivity disorder, epilepsy and intellectual disability.

The elevated odds remained after the researchers controlled for the mother’s age, education and immigration status. The study was published in April in JAMA Psychiatry.

The team did not control for conditions in the mothers that can occur with preeclampsia, such as diabetes or obesity, and that can influence the odds of neurodevelopmental conditons in a woman’s children, says Diana Schendel, professor of psychiatric epidemiology at Aarhus University in Denmark, who was not involved in the study.

The study also did not account for multiple diagnoses in the children, making it difficult to determine the connection between preeclampsia and autism alone, Schendel says.

Wilcox says both diabetes and obesity are uncommon in pregnant women in Norway and are therefore unlikely to have skewed the results. The researchers could not explore multiple diagnoses in the children because that information was not consistently available in the records, he says.

The records also omit the severity of the mother’s preeclampsia, says Ali Khashan, senior lecturer in epidemiology and public health at University College Cork in Ireland, who was not involved in the study. Women with severe preeclampsia during pregnancy often take medication, which could affect the odds of their children having neurodevelopmental conditions.

National health registries can provide researchers with large sample sizes but come with inherent limitations, Khashan says. “You can’t have it all — either you have less detail at a larger scale [with a registry study], or you have more detail at a smaller scale.”

Khashan is exploring the link between preeclampsia and neurodevelopmental conditions within individual families. He and his colleagues have found that when a child’s grandmother and mother both have had preeclampsia, the child is more likely to have autism or attention deficit hyperactivity disorder than if just the mother had the condition2.

Wilcox is interested in exploring next whether the sibling of a child born to a woman with preeclampsia is at elevated odds of having a neurodevelopmental condition even if the mother did not have preeclampsia while the sibling was in utero.