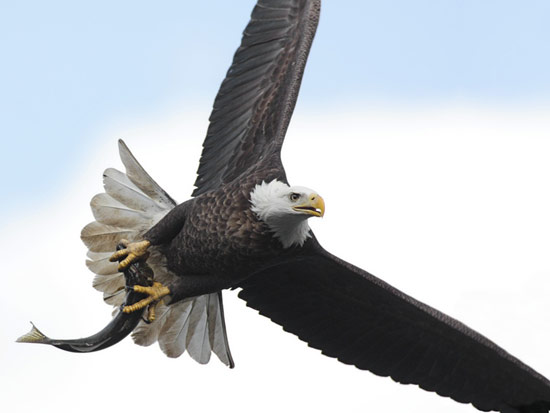 Super sense: Birds of prey, which hunt their food from great heights, can detect the details in a scene from a distance, an ability some studies ascribe to people with autism.

Individuals with autism do not have so-called ‘eagle-eyed’ vision as reported by some studies, according to research published 10 June in the Journal of Autism and Developmental Disorders1.

The results call into question the ‘systemizing’ theory of autism, which claims that the brains of people with the disorder are more technically oriented than those of typical controls.

Several studies have documented enhanced visual ability in individuals who have autism, including a greater ability to detect details and to identify symmetry within patterns.

In particular, a 2009 study reported that, based on the Freiburg Visual Acuity and Contrast Test, 15 individuals with autism scored at the level of birds of prey2. The test measures whether individuals can correctly locate a gap in a circular ring that progressively shrinks in size.

However, in the following issue, a researcher who developed the test pointed out significant methodological flaws in the study. For example, he noted, the study extrapolated visual ability measured at a low level of perception to ability at a higher range3.

The new study repeats the same test with 34 individuals who have autism, 26 healthy controls and 16 people who have schizophrenia.

Without the extrapolation used in the previous work, individuals with autism have the same visual abilities as do those with schizophrenia or the healthy controls, the study found. There is also no difference in visual ability between the 30 males and 4 females with autism.