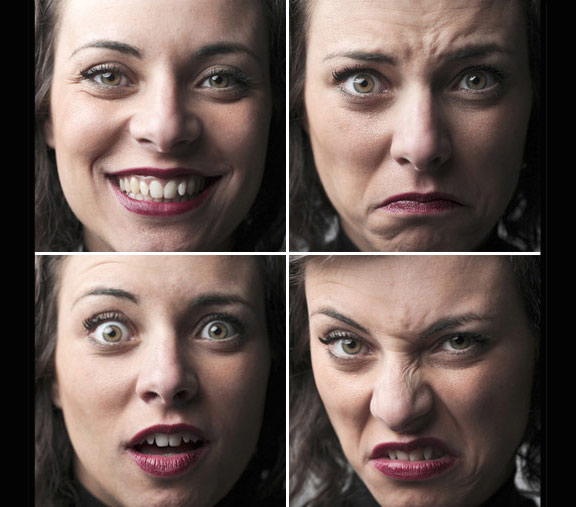 Reading faces: Lowering blood levels of a serotonin precursor alters brain activity in response to expressions differently in men with autism than in controls.

Lowering blood levels of the amino acid tryptophan, a precursor to the chemical messenger serotonin, changes how the autism brain responds to emotions, according to a report published 4 June in PLoS One1.

Serotonin is a chemical messenger known for its role in depression and other disorders. Studies have shown that individuals with autism have more serotonin in their blood and lower activity of a transporter that regulates serotonin levels than do controls.

Individuals with autism often have difficulty interpreting emotions. Brain imaging studies suggest that, unlike controls, they do not prefer happy faces to neutral ones.

In the new study, researchers investigated the effect of depleting the amino acid tryptophan, which in turn lowers serotonin levels, in 14 men with autism and 14 controls.

Tryptophan depletion alters the activity of brain regions involved in emotion processing, as measured by functional magnetic resonance imaging, the study found. It also has a significantly different effect in men with autism than in controls.

Similarly, for expressions of fear, sadness and happiness, lowering blood tryptophan has a different effect on brain activity in men with autism than it does in controls.

Overall, the study suggests that serotonin may be involved in the emotion-processing deficit seen in individuals with autism.