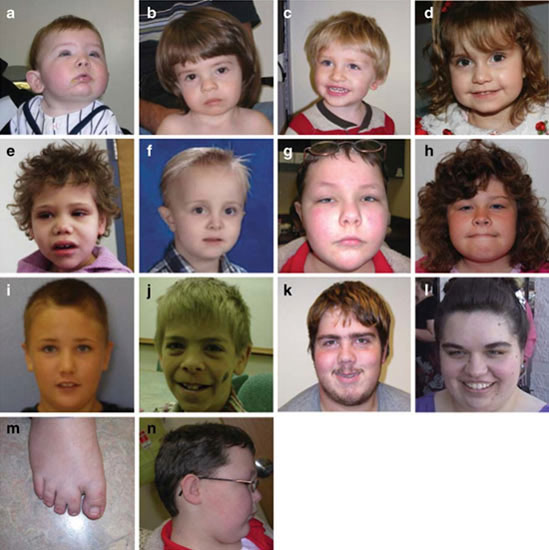 Clear characteristics: Children with a duplication of the chromosomal region 16p11.2 have distinct facial features.

Photographs that reveal minor physical abnormalities often seen in children with autism or other developmental disabilities could be useful as a first screen for autism, according to a study published 24 May in Autism1.

Some abnormal physical features, such as fused fingers or a wide space between the eyes, are believed to take shape during early prenatal development. Healthy individuals often have one or more of these abnormalities, but having six or more is usually indicative of a developmental disorder.

When children with a known disorder such as Down syndrome or tuberous sclerosis are excluded from the study, there is no statistically significant difference between the proportion of children with autism and those with another disability who have dysmorphology.

Children who have both autism and dysmorphology are also more likely than those with autism alone to have seizures, the study found.