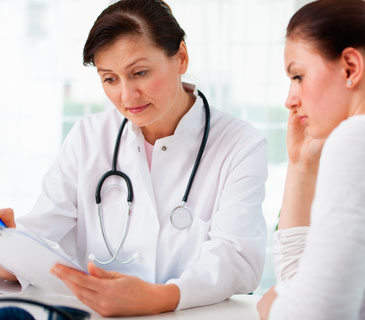 Case study: Based on a study of two sisters, screening for fragile X syndrome should include women who have only mild symptoms of autism, researchers say.

Women who have intelligent quotients (IQs) in the normal range may nevertheless have fragile X syndrome, often described as the most common inherited form of mental retardation, according to a case study published 27 June in Molecular Autism1.

In the new study, researchers describe two adult sisters with a mutation in FMR1, the fragile X syndrome gene, who both have IQs in the normal range. One of the sisters has a diagnosis of autism, but teachers and family members described her as high-functioning. The other has a diagnosis of pervasive developmental disorder-not otherwise specified. She has typical language and motor skills, but a history of difficulties with social interaction.

FMR1 is located on the X chromosome and so mutations in a single copy have more severe effects in men than in women. In women, a process called X chromosome inactivation randomly inactivates one of the two X chromosomes in cells throughout the body.

Women with mild forms of fragile X syndrome usually have a skewed pattern of inactivation. That is, they have more cells with the intact FMR1 gene than with the mutated one.

In contrast, the women in the study have a normal pattern of X inactivation, the researchers say, and would have been expected to have more severe symptoms.

Because women with mild symptoms of autism are not typically tested for FMR1 mutations, this phenomenon may be more common than previously thought, the researchers say.