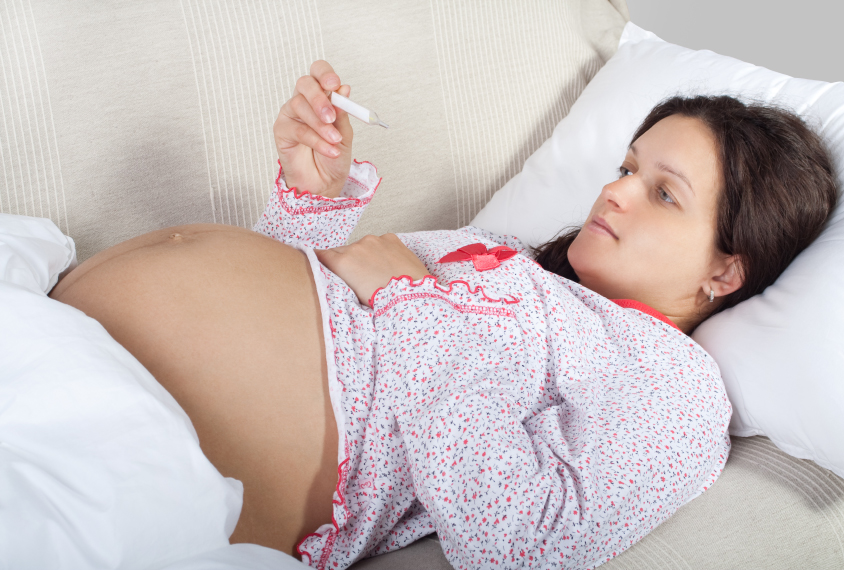 Hot state: Fever may increase a pregnant woman’s risk of having a child with autism, but flu does not, according to a new study.

An untreated fever during pregnancy more than doubles the risk of that the child will develop autism, according to a study published 5 May in the Journal of Autism and Developmental Disorders1.

However, the study finds no connection between influenza during pregnancy and the child’s risk of autism, and it suggests that epidemiological associations between flu and autism can be attributed to fever.

Stimulating the immune systems of pregnant mice or monkeys makes them more likely to give birth to offspring that have schizophrenia-like or autism-like symptoms. This effect may result from an excess of cytokines, immune molecules that can cross the placenta and penetrate the fetal blood-brain barrier. A 2010 study showed that elevated levels of cytokines in a pregnant woman can alter the brain structure of her child.

In the new study, researchers interviewed by phone 1,122 women enrolled in the Childhood Autism Risks from Genetics and Environment (CHARGE) study. The women include mothers of 538 children with autism, mothers of 163 children with developmental delay and 421 controls.

Controlling for various factors including the gender of the child and maternal age, education, smoking and vitamin intake during pregnancy, the researchers found no statistical association between having the flu during pregnancy and autism or developmental delay in the offspring.

Treating the fever mediates the risk of autism. The subgroup of women who treated their fever did not have a higher risk of having a child with the disorder, but those who did not take any medication had a risk 2.5 times higher than that of controls.

A caveat of the study is that because it was conducted by phone interview with the women rather than using medical records, it relies on the women’s self-diagnosis of fever or flu. It is also possible that mothers of children with autism remember their pregnancy differently than mothers of controls.