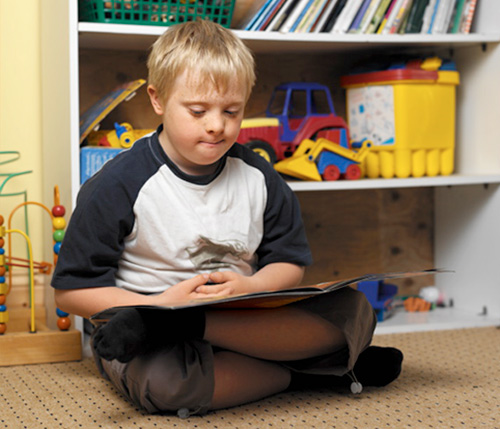 Nearly 40 percent of people with Down syndrome also meet the criteria for an autism spectrum disorder, suggests a U.K. study of nearly 500 children, published in Autism Research1.

The study found that 38 percent of children with Down syndrome meet a screening test cutoff for either classic autism or another pervasive development disorder on the autism spectrum.

The study assessed whether children show signs of autism by asking their caregivers to fill out the SocialCommunication Questionnaire (SCQ), which consists of yes-or-no questions about social and communicative deficits and repetitive and restricted behaviors.

The researchers note that the SCQ does not provide a clinical diagnosis. For example, using the SCQ and an additional questionnaire, a 2010 study initially estimated that 42 percent of children with Down syndrome have an autism spectrum disorder. However, after assessing some participants using more rigorous in-person tests, it downgraded the estimate to 18 percent2.

Two other small studies that relied solely on the SCQ also yielded relatively low numbers, estimating that between 16 and 19 percent of children with Down syndrome have autism3, 4.

The researchers who led the new study say their own estimates may be high because their relatively young sample includes parents with a heightened awareness of autism. Down syndrome’s overlap with autism has also become better known in recent years.

However, they tend to be better at making social overtures and responding to other children who approach them than are those with only autism.

Given these distinctions, the researchers say, people with the dual diagnoses may benefit from specialized treatment plans.