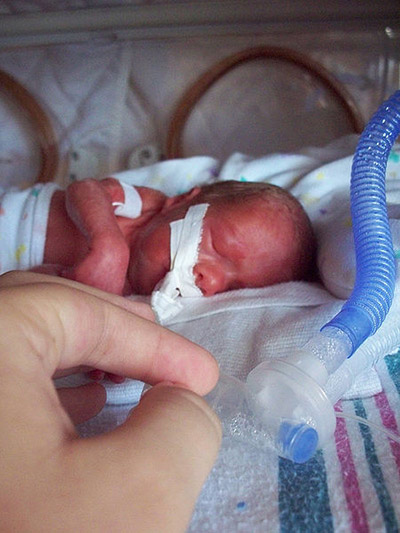 In premature infants, bleeding inside the skull and respiratory distress requiring a certain type of ventilator may each contribute to an increased risk of autism, suggests a large study published in the January issue of The Journal of Pediatrics1.

The study looked at nearly 200,000 infants born prematurely in a group of Northern California hospitals run by Kaiser Permanente, an integrated insurance and hospital network. As in prior studies, the researchers found that the rate of autism increases with every week short of 37 weeks of gestation.

The researchers identified 2,462 children who had at least one insurance code designating an autism diagnosis. More than half of these children had been diagnosed on the basis of an in-person clinical assessment.

What was unclear, however, is whether it is the prematurity itself or complications that raise the risk of autism. In the new study, the researchers were able to use the detailed hospital records to look at the overall health of the infants.

Several medical factors showed no association with autism, the study found. These include a gastrointestinal disease common in premature infants, called necrotizing enterocolitis, the presence of bacteria in the blood and the need for resuscitation, using either chest compressions or epinephrine.

In contrast, mild bleeding in the skull nearly doubled the risk of autism in premature infants, and severe bleeding increased the risk more than threefold. The use of a mechanical ventilator, which assists or replaces natural breathing, is not linked to an increased risk of autism. However, high-frequency ventilation — used for severe respiratory distress and when conventional ventilation does not work — increased risk about twofold.

Prematurity raises the risk of autism even when these factors are controlled for, however, suggesting that these complications do not wholly account for the increased risk.