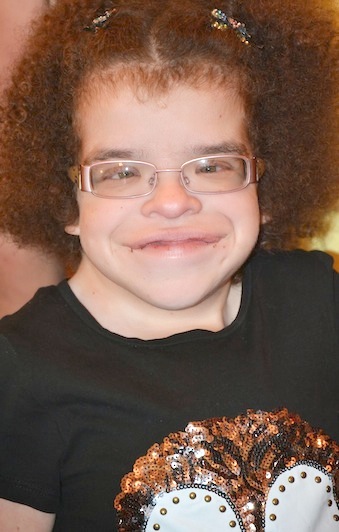 About one in four people diagnosed with a group of rare disorders have autism, according to a study published 7 October in the Journal of Medical Genetics1. The disorders all affect the same cancer-related pathway, driven by a protein called RAS.

The four rare disorders — neurofibromatosis type 1 (NF1), Noonan syndrome, Costello syndrome and cardio-facio-cutaneous syndrome (CFC) — are bound by one common theme. In each case, a single-gene mutation enhances the signaling of a pathway driven by RAS, earning them the moniker ‘RASopathies.’

The RAS signaling pathway regulates the growth and development of cells. Depending on its nature, a mutation that tinkers with this pathway may lead to cancer or influence the growth of cell types such as neurons.

There are multiple lines of evidence linking the pathway to autism. For example, some single-gene mutations that lead to autism-related disorders such as fragile X syndrome, tuberous sclerosis and Smith-Lemli-Opitz syndrome have been shown to affect RAS signaling. And two genes, ERK1 and MVP, both located in the autism-linked 16p11.2 chromosomal region, are members of the RAS pathway.

The new study is the first look at autism prevalence in a large number of people with different RASopathies.

“Studying these disorders, in which we know the genetics much better [than autism] could give us a foot in to understanding autism itself,” says lead researcher Lauren Weiss, assistant professor of psychiatry at the University of California, San Francisco.

If RAS proves to be a key player in autism, she says, it might suggest new treatments for autism, as many cancer drugs inhibit RAS signaling.

Of the four disorders, NF1 has the strongest documented links to autism2, and there are a few reports of autism-like features in people with the other disorders. The new study is the largest to look at the connection, however, and the first to look across multiple RASopathies.

The researchers found that 27 percent of people who have one of these disorders meet the criteria for autism on the Social Communication Questionnaire (SCQ), a diagnostic screening tool for autism.

“There were miscellaneous reports in literature about autism linkages, but they weren’t very impressive and I don’t think anybody had really thought this was going to be a prominent feature of these RASopathies,” says Gary Landreth, professor of neurosciences at Case Western Reserve University in Cleveland, Ohio, who was not involved in the work.

“This is a landmark paper in that respect,” he says. “It clearly establishes a link between these autism spectrum phenotypes and the RASopathies.”

For each participant, caregivers filled out the SCQ or the Social Responsiveness Scale (SRS) — a parental questionnaire that rates the severity of autism symptoms. The researchers have data from both questionnaires for 439 of the 521 participants.

Based on SCQ scores, the researchers found variable rates of autism among the four disorders. For example, 54 percent of people with CFC have autism, compared with 11 percent of those with NF1. These differences may reflect how severely the disorder disrupts the RAS pathway.

As with autism in general, symptoms of autism are more prevalent in men than in women with RASopathies. However, this also varies across the disorders, with NF1 showing the strongest gender bias (about one-quarter of males and no females with the disorder have autism) and Noonan syndrome showing none.

“The comparative work amongst the different RASopathies is of great interest,” says Jonathan Green, professor of child and adolescent psychiatry at the University of Manchester in the U.K., who was not involved in the study.

Green is conducting a population-based study of autism prevalence in NF1 in northern U.K. and has found similarly high rates of autism. These results are set to be published in December in Pediatrics.

Weiss and her colleagues also characterized autism symptoms in 54 participants with RASopathies who have autism according to the SCQ, and for whom the researchers have SRS scores. These individuals have high scores, indicating autism traits, in all five areas measured by the SRS — awareness, cognition, communication, motivation and mannerisms.

The results suggest that the symptoms seen in individuals with RASopathies are indeed of autism. They also show that the elevated SCQ and SRS scores are not just the result of general cognitive impairments in these individuals, says Anne Goriely, senior research fellow at theWeatherall Institute of Molecular Medicine at the University of Oxford in the U.K., who was not involved in the study.

“The next step will be to do more gold-standard deep phenotyping with the individuals themselves, and perhaps to specify a bit more clearly if there are any age-related differences here,” Green says.

Weiss and her team are also scanning the genomes of the participants with RASopathies to find any genetic variants that might tip the scales toward autism.

For example, individuals with Costello syndrome or CFS score higher on the SRS than their unaffected siblings do, even if they don’t meet the autism cutoff. In contrast, some people who have either NF1 or Noonan syndrome score in the normal range, suggesting the influence of other genetic variants in the subset of those who develop autism.

The researchers are also looking for genetic variants that disrupt the RAS pathway in individuals diagnosed with autism. RAS signaling encompasses a vast number of proteins, and it is possible that much of the genetic diversity of autism converges on this pathway, researchers suggest.

“It is apparent that it is only by joining the dots through observations like this one that we are likely to eventually see a more coherent picture emerge from the complex puzzle that autism represents,” says Goriely.