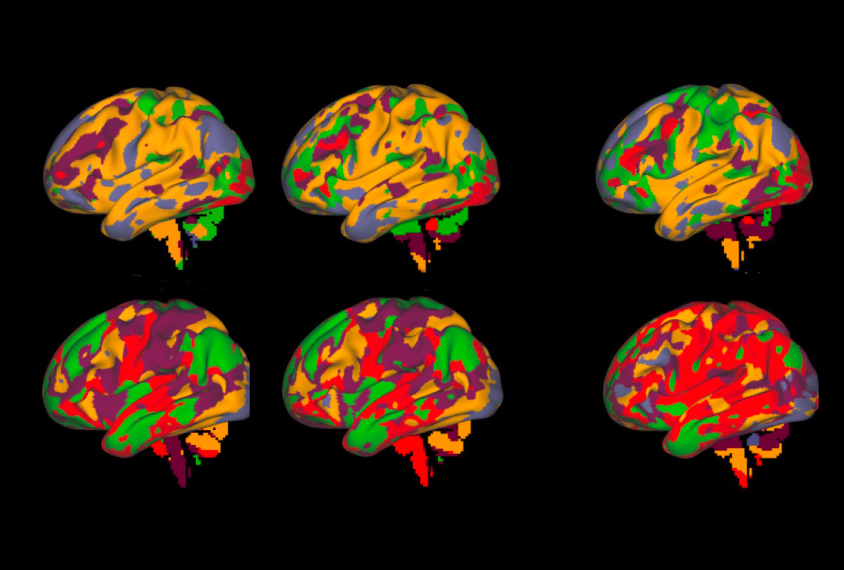 People power: Brain maps of one person created at different time points (left) are more similar to each other than to the map of another person (right).

Researchers use functional magnetic resonance imaging (fMRI) scanners to identify brain areas that underlie different cognitive functions. They typically ask people to perform a task in the scanner, and they visualize which parts of the brain light up. They then average the data from multiple people to build a map.

But that approach can create misleading results, says Molly Simmonite, a postdoctoral researcher in Thad Polk’s lab at the University of Michigan in Ann Arbor. Brains vary in size, and even if they didn’t, functional regions in different people don’t align precisely because the people may use different strategies and brain circuits to do the same task. Depending on the participant, studies might arrive at entirely different conclusions.

“If a group analysis produces misleading results that don’t reflect any individual member of the group, it would not be surprising that those results don’t replicate over subsequent studies,” says Simmonite, who presented the work.

The researchers set out to build person-specific brain maps, reasoning that they might be a realistic representation of brain activity.

They used publicly available fRMI scans that are part of the Human Connectome Project. They analyzed brain scans from 40 young adults who each performed seven different mental tasks while lying in a scanner. For example, to light up brain areas involved in memory, the participants had to remember a certain number of pictures, or to engage their reward centers, they played a game that simulates gambling.

Because the tasks tap into overlapping circuits, the researchers could build maps for each participant from a computational model based on activity from all the tasks.