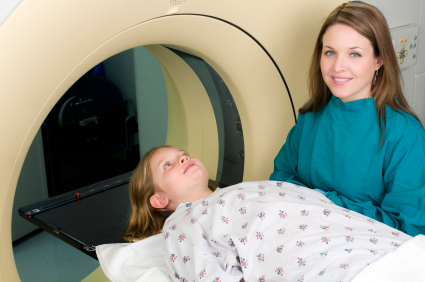 Siblings of children with autism who show no signs of the disorder may be compensating with increased activity in two brain regions that detect social cues, according to results presented yesterday at the Society for Neuroscience annual meeting in San Diego.

Children with autism, their unaffected siblings and healthy controls each show different activity in brain regions as they observe socially relevant information, lead investigator Kevin Pelphrey said at a symposium on autism research.

Boosting activity in the compensatory regions seen in unaffected siblings could potentially help treat autism, says Pelphrey, associate professor of psychology at Yale University. Stimulating the regions in high-risk children at a young age could “keep kids from getting autism, as opposed to fix it once they have it. You’d alter the developmental trajectory of the brain,” he says.

Pelphrey and his colleagues scanned the brains of children between the ages of 4 and 17 years as they watched point-light animations either of people walking or scrambled movement. Studies have shown that people generally have a preference for biological motion, which is not apparent in those with autism.

The researchers identified brain activity in three categories of brain regions. One of these categories — dubbed ‘state regions’ — is less functional in those with autism, but normal in both unaffected siblings and controls. This was the expected result.

Unexpectedly, the researchers found that those with autism and their unaffected siblings both show activity in a second set of brain regions that is missing in typical controls. Pelphrey refers to these as “trait” regions.

Finally, and perhaps most surprisingly, they found a third region of activity in unaffected siblings that differs from both those with autism and typical controls.

This activity is localized to a unique area of the right posterior superior temporal sulcus and the ventromedial prefrontal cortex, two regions previously implicated in social behavior.

Pelphrey suggests that this activity is compensatory. Because activity in these regions does not increase with age, it could represent a genetic factor that protects unaffected siblings from autism, the researchers say.

The researchers have blood samples from most of the children participating in the study. They plan to look for correlations between their genes and activity in compensatory brain regions.