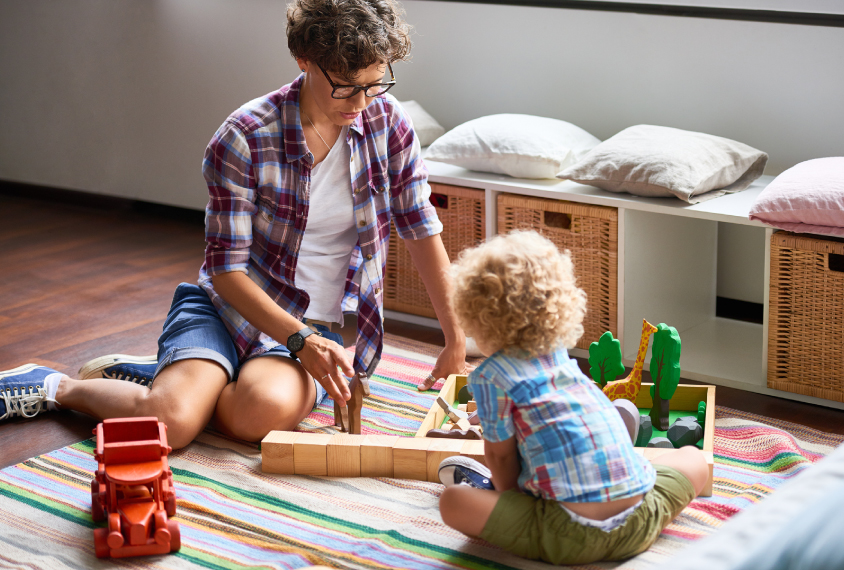 Toddlers with strong language skills continue to outperform their peers as they grow up, whereas those with poor skills tend to lag behind, according to a large study that tracked language development over 15 years1. The study includes children with autism.

The study also indicates that language is most pliable in infancy, and language interventions before 1 year of age may be more effective than at the typical age of 2 or 3.

The findings underscore the importance of identifying and treating language difficulties as early as possible, says Diane Putnick, a developmental psychologist at the U.S. National Institute of Child Health and Human Development and an investigator on the study.

Language skills are crucial because they affect many aspects of life, Putnick says. “The ability to use language effectively is associated with better social and emotional adjustment, school performance and job prospects.”

Autistic children’s language skills improve at a rate similar to that of typical children, the study found. This finding dovetails with that of a study last year, which showed that autistic children and controls show similar rates of progress in ‘receptive vocabulary,’ the words they can understand and respond to2.

“Although kids with autism do tend to have lower vocabulary scores than their peers, they don’t lose ground,” says one of that study’s investigators, Amanda Brignell, a speech pathologist at the Murdoch Children’s Research Institute in Melbourne, Australia. “They progress steadily as they get older.”

Language development can vary widely among children. Some children begin imitating simple words by age 1, whereas others don’t produce any words until age 2. Children with autism tend to develop language slowly, and to repeat familiar phrases instead of using language to communicate with others3.

To understand how these early differences play out over time, Putnick and her colleagues tracked language development in more than 5,000 typical children and more than 1,000 with autism, dyslexia, hearing impairments or who were born preterm. They assessed the children’s vocabulary, grammar and literacy skills 11 times from age 6 months to 15 years. The children with autism have a range of intelligence quotients and verbal skills; some are nonverbal.

Infants vary erratically in their language acquisition rates between 6 months and 1 year, but their skills remain stable relative to their peers after age 2, the team found.

The study is powerful because it shows that, much like a height chart, children’s relative standing in language tends to follow a certain rank order, says Heidi Feldman, professor of developmental and behavioral pediatrics at Stanford University in California, who was not involved in the study.

The results hold even after the researchers account for factors that might affect language development, such as a child’s nonverbal intelligence and sociability, or her mother’s age and education. The work appeared in November in Science Advances.

This stability of ranking does not mean that language is immutable, however.

“Parents and pediatricians should not wait to identify and address language problems, regardless of other diagnoses,” Putnick says. “Children are often diagnosed with autism later in development, but specific language deficits could and should be addressed sooner.”

Genetic and environmental factors may both explain why language skills progress predictably in both autistic and typical children.

For example, Putnick says, “parents tend to match their level of speech to that of their child, so they speak less to children who are not yet speaking.”

It’s not clear, however, how speech and language therapies relate to the observed language progression in autistic children. The study did not track which children had received communication training, so it’s not clear whether the therapies are necessary for them to steadily improve their skills.

The next step for the field, Putnick says, is to develop and test strategies for improving communication skills in infants who show signs of language delay.