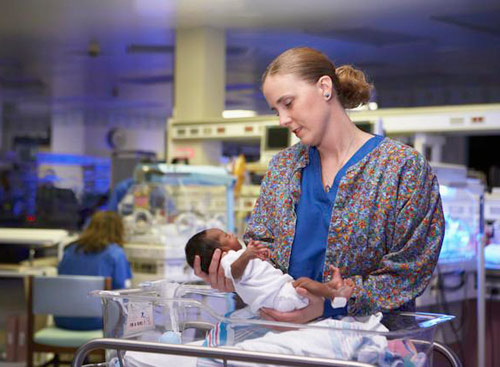 Small wonders: The survival rate of infants born preterm, and weighing less 2,000 grams, has improved as the number of preterm births has increased over the past 20 years.

Small wonders: The survival rate of infants born preterm, and weighing less 2,000 grams, has improved as the number of preterm births has increased over the past 20 years.

Autism prevalence is five times higher in young adults who weighed 2,000 grams — about 4.4 pounds — or less at birth compared with controls, according to a study published 17 October in Pediatrics1.

However, this is the first study to use the gold standard diagnostic tests for autism to assess the disorder’s prevalence among individuals with a low birth weight. Earlier studies relied on screening questionnaires to identify individuals at risk for the disorder.

The researchers also assessed autism prevalence in the study participants when they were young adults, rather than children as in the earlier studies.

“We thought we might find a doubling of the risk [for autism] but not a five-fold increase,” says lead investigator Jennifer Pinto-Martin, chair of biobehavioral health sciences at the University of Pennsylvania School of Nursing. “The magnitude of the effect is quite significant.”

The participants diagnosed with autism in young adulthood are at the higher-functioning end of autism spectrum, Pinto-Martin says. Some were in college and had not received an autism diagnosis prior to the study. “They knew they were different but they had never [been] given a label for it,” she says.

This suggests that low-birth-weight infants who go on to develop autism may have a distinctive profile, with higher intelligence quotients (IQ) and milder social and language impairments, she says.

The new study both supports and extends earlier findings, says Neil Marlow, professor of neonatal medicine at University College London in the U.K., who was not involved in the research.

“This is an important study, as it is the first to apply diagnostic tests based on screening rather than clinical suspicion, and is likely to give more accurate representations of the symptoms in this population,” Marlow says. The findings also point to the need to consider behavioral outcomes seriously in premature babies, he says.

Marlow’s 2010 population study found that by age 11, children born before 26 weeks gestation are more likely to show traits of autism than those born at term3.

A 2008 study also reported that of 91 infants with extremely low birth weight, defined as less than 1,500 grams, 26 percent show features of autism at 22 months, based on the Modified Checklist for Autism in Toddlers and the Child Behavior Checklist4.

The new study relies on participants from the Neonatal Brain Hemorrhage Study Cohort, which tracks infants born in three New Jersey hospitals between October 1984 and July 1989. The researchers collected data on the mothers’ pregnancy and labor and delivery histories, as well as brain ultrasounds of the infants immediately after birth. They have followed the group for more than 25 years, investigating risk for cerebral palsy and other disorders.

For this study, the researchers used a two-stage design, first screening study participants for autism around age 16, then carrying out a full diagnostic assessment a few years later on those who screened positive. About 40 percent of the original 117 who screened positive were either lost to follow-up or did not complete diagnostic testing, so the researchers assessed only 70 participants at age 21.

Of the 14 individuals diagnosed with autism in the study, 4 have severe motor impairments and did not complete IQ testing. But of the other 10, only 1 has an IQ score below 70 and most are above 99. None have severe language difficulties.

These individuals do show signs of social deficits and restricted and repetitive behaviors, but in a mild form, Pinto-Martin says. This may indicate that standard screening tools may not work as well for a higher-functioning group of low birth weight, Pinto-Martin says. “Because these kids have other developmental issues going on, they may be unique.”

For example, about 40 percent of the individuals included in the autism study experienced a brain hemorrhage soon after birth, says Pinto-Martin.

But that doesn’t mean that their autism was caused by the hemorrhage, notes Karl Kuban, chief of pediatric neurology at Boston Medical Center. “There is no data showing brain hemorrhage causes autism,” he says.

In the early 1980s, when researchers began enrolling participants, a certain kind of hemorrhage was common among preterm infants, Kuban says. And up to 25 percent of those with the lowest birth weight — less than 1,500 grams — still have episodes of it. “But [it] doesn’t destroy neurons,” he says.

Kuban says he is more concerned that, by sampling an older population, the researchers may be underestimating the prevalence. Because more low-birth-weight babies are surviving at the same time that autism diagnoses are rising, the number of affected children may be much higher today.

It was extremely rare for a baby weighing only 500 grams to survive in the early 1980s, Pinto-Martin points out. “We called them miracle babies, but these days we routinely keep 500-gram babies alive,” she says.

With a far greater number of these infants surviving today, doctors and parents need to be aware of the higher autism risk, she says. “This isn’t going to go away and is likely to get bigger as an issue.”